It’s April 29, 2022, and the excitement is palpable in the small computer room of Adams House, one of Harvard’s 12 residence halls. Mohammed Assaf’s ‘Dammi Falastini’ (‘My blood is Palestinian’) blares on someone’s loudspeaker, as five keffiyeh-clad members of Harvard College’s Palestine Solidarity Committee (PSC) share baklava and lean over the photocopier, trying to make a perfect scan of today’s edition of the Harvard Crimson, the college newspaper.

After many back and forths, we finally get an angle that feels right. “EDITORIAL: In Support of Boycott, Divestment, Sanctions and a Free Palestine.” It’s not Keffiyeh Thursday – a weekly visibility campaign by PSC to wear the Palestinian headscarf on campus in solidarity – but we joke that from now on, every day will be Thursday.

In a campus environment that has often been hostile to any form of Palestine advocacy, the Crimson Editorial Board’s unequivocal endorsement of BDS in late April was not just unexpected; it exemplifies the major shift taking place in students’ views of Palestine across the United States, after years of grassroots advocacy and mobilization.

For decades, student organizers on the Harvard campus have hosted speakers, organized rallies and walkouts, and publicly defended Palestinian human rights. And throughout those years, Harvard PSC has been no stranger to institutional pushback and dissent.

As we celebrate this historic achievement, it is important to take stock of the arduous struggles undertaken by current and former members of the PSC that made this moment possible and touched so many students – at Harvard and beyond.

A story of activism and repression

Harvard PSC was founded in 2002. The culmination of our organizing efforts each year is Israeli Apartheid Week (IAW), a week-long series of events that aims to engage conversation on campus and beyond to promote a better understanding of the Palestinian struggle for liberation and what life is like under occupation. Each year, we also build an eight-foot-tall “Apartheid Wall” in the center of campus, featuring artwork that addresses different intersectional struggles with parallels that speak to the Palestinian cause.

In February 2020, we launched our divestment campaign, Harvard Out of Occupied Palestine (HOOP), calling on the university to disclose its direct and indirect investments in companies complicit in human rights abuses against Palestinians, dispose of these assets and reinvest in Palestinian history and culture. and communities.

These activities have, of course, come under constant attack. In 2019, the Undergraduate Council held a contentious public vote to decide whether or not SPC’s annual IAW programming should be funded like other organizations. The vote, which ultimately came out in favor of providing funds to the PSC, was led by students who rejected the PSC’s emphasis on BDS as a way to fight oppression in Palestine.

“Throughout the meeting, we had to sit still and convince our peers who opposed us and had historical and current institutional support that we, [Palestinians and allies], deserve to host events,” says Nadine Bahour, a senior Palestinian college student. “The power imbalance was beyond imagining, and the opposition was unlike any that the [other] More than 350 student organizations at Harvard.

It was the last IAW before the pandemic. This year, we returned to in-person programming, and our Apartheid Wall panels again found a home on the Harvard campus in April. For most undergraduates, this was the first time we saw our fake wall in real life. “It was very emotionally powerful to see a radical art exhibit in the middle of Harvard’s campus, built on the principle of solidarity from diverse backgrounds,” sophomore Asmer Safi shared. 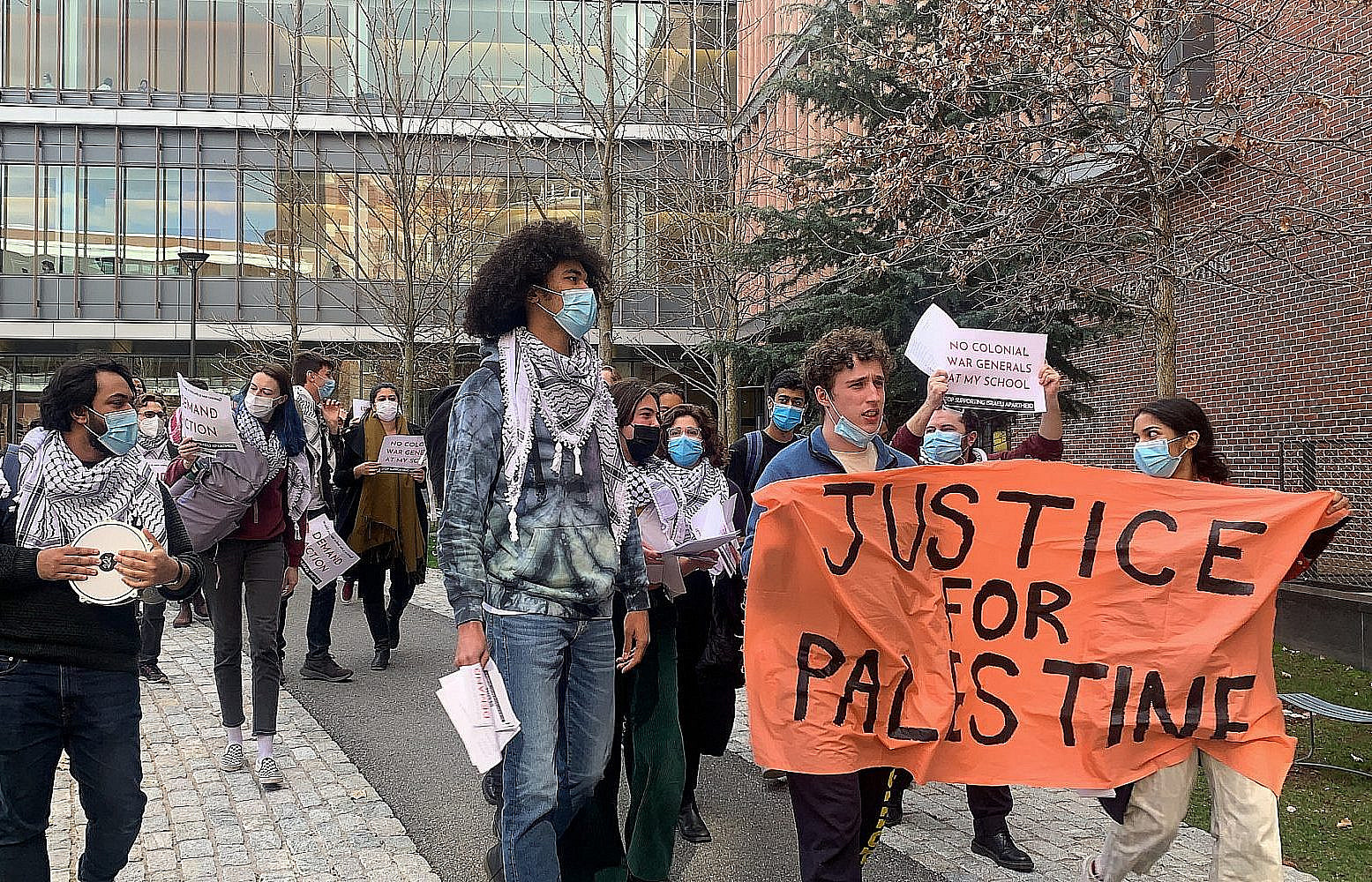 For high schoolers, on the other hand, the return of the IAW was the rebirth of a memory. “Each year, the wall begins as a process of transportation and reluctant construction. But each year, it quickly becomes an unexpected source of camaraderie and complicity,” says Christian Tabash, senior. “Each year that I’ve worked on the wall, I’ve gotten to know those around me better as we spend almost an entire weekend assembling it. And when the wall is complete, it really recalibrates our work and our perspective in college, reminding us of what’s really at stake.”

All of this year’s IAW programming has drawn serious backlash and smear campaigns. These included aggressive emails, articles condemning our organization, propaganda posters against our facilities, and a counter-protest organized by the Harvard Hillel Israeli Initiative, a chapter of Hillel International, which has a policy of rejecting any partnership with anti-Zionist organizations. student organizations.

This backlash against Harvard’s PSC is not just coming from other students or groups of students. Disputes with PSC organizers are often fueled in part by Harvard salaried people — university employees and faculty who wield significant institutional power — as well as prominent alumni.

On campus, this manifests in a major imbalance of power, resources, and institutional support between student organizations calling for Palestinian freedom and parties actively trying to silence our voices. The latter’s rhetoric is all too familiar in the context of Palestine, where the misleading framing of “conflict” both deliberately and inadvertently portrays a symmetry in the phenomenon of oppression.

The Crimson newspaper has historically supported these powerful voices, covering CPS events and campaigns in a negative light, falsely accusing members of anti-Semitism, and directly implying or stating that efforts to organize and defend Palestine are radical, extremist or controversial because reality is “complicated.” This type of campus coverage is itself a microcosm of broader media attitudes toward Palestine in the United States. 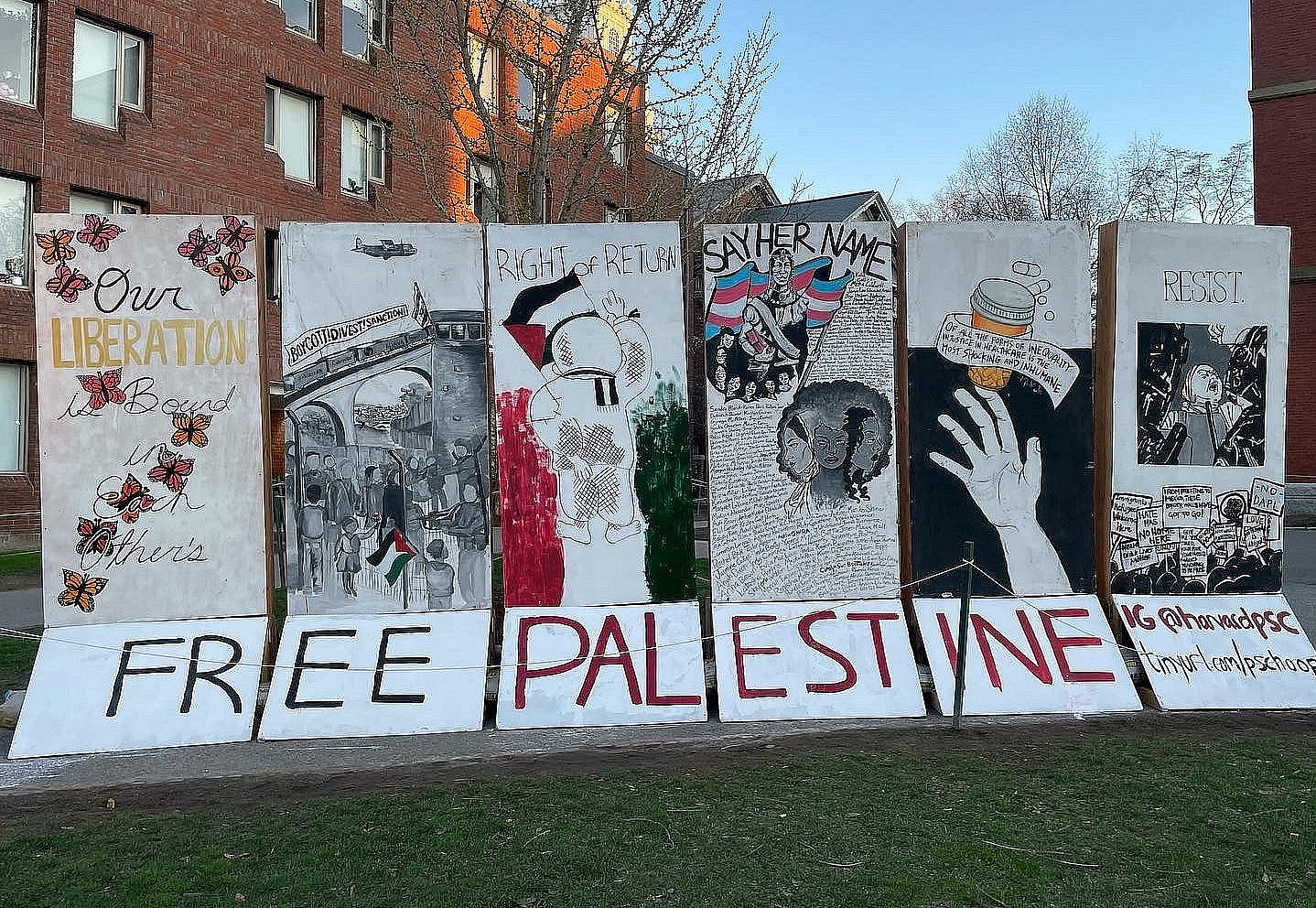 Hosam Nasr, a recent alumnus and organizer of the PSC, shared that during his time at Harvard, “the Crimson was one of the most hostile entities on campus toward the PSC and the Palestinian cause in general. Their policy of not allowing Palestinian students to publish anonymous opinion pieces about the plight of Palestinians, claiming that the threat of being blacklisted [by far-right pro-Israel organizations like Canary Mission] was not a serious enough threat, effectively silenced pro-Palestinian voices on campus, including my own. For Nasr, the recent BDS editorial is “an acknowledgment of this very real threat.”

This change in student opinion that Nasr experienced extends far beyond the Harvard campus. The tide on college campuses across the United States is changing, and student groups are succeeding in passing referendums calling on their institutions to disengage from Israeli apartheid. Brown University was the first Ivy League university to pass such a referendum in 2019; Columbia University followed in 2020, and the list is growing fast.

Our Harvard divestment campaign has had some success. This year, we have focused our efforts on targeting Sabra food products in our dining rooms; protest against a Harvard Kennedy School study group led by a veteran Israeli general; and calling for a boycott of the annual Hillel-funded Spring Break trip to Israel.

During each of these campaigns, our organizers have encountered opposition both institutional as PSC and at the personal level. But despite these bullying tactics, we still saw progress. From students refusing their places on Israel Trek to nursing home administrators removing Sabra from dining halls, we’ve seen boycotting is an effective tool to raise awareness, change opinions and leave a lasting impact.

Moving forward from this pivotal moment

Over the past few weeks, the Crimson has been inundated with angry opinion pieces, letters from alumni and hateful rhetoric from people in positions of power, including at the level of the US government and large organizations like the ‘Anti-Defamation League (ADL). The backlash that members of the PSC and Crimson now face is an unpleasant but predictable consequence of our relentless organizing and unequivocal calls for the liberation of the Palestinian people. 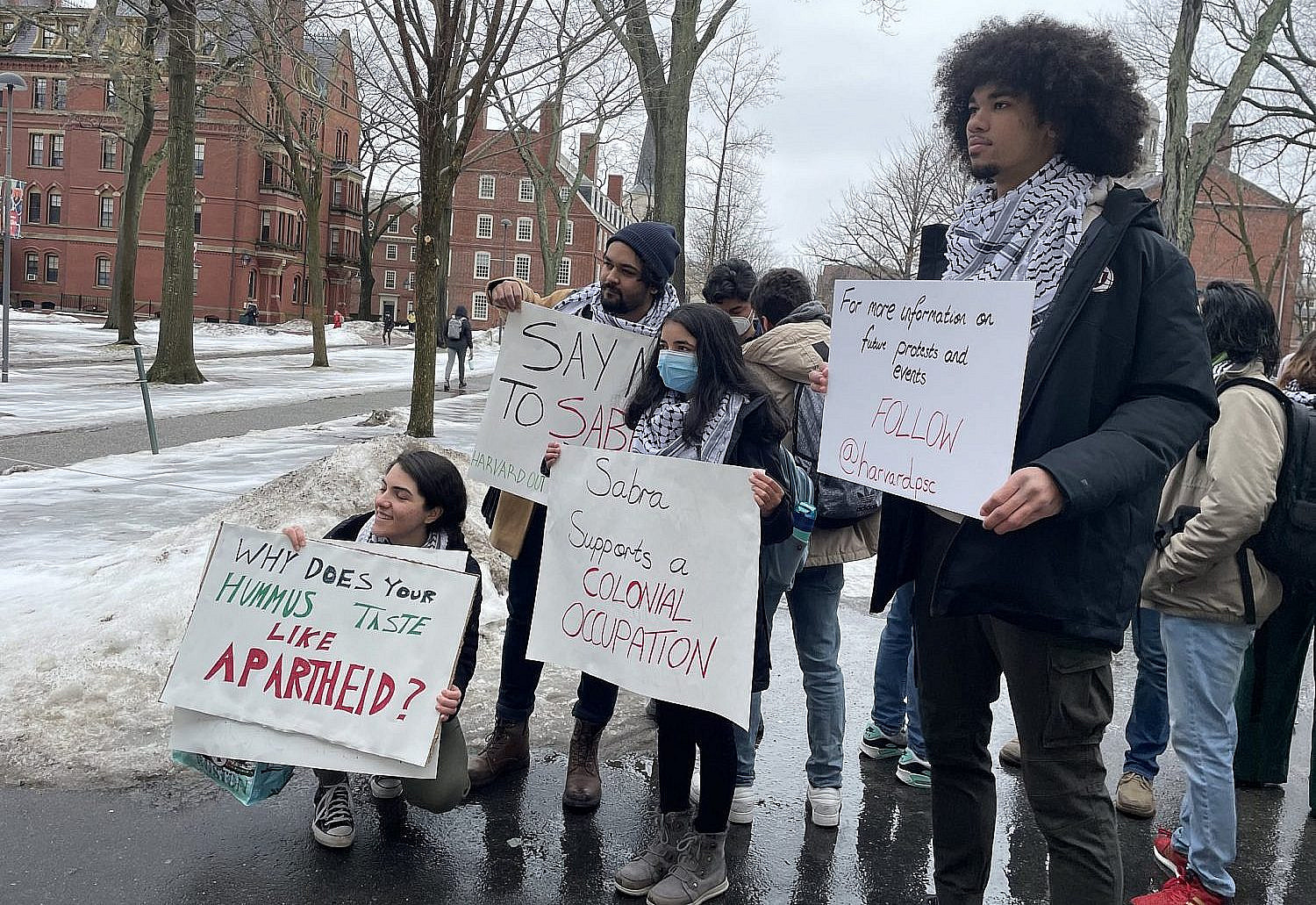 It is not despite this backlash, but thanks to it, that we are holding on. Our critics may hold the institutional power, but the real power is in numbers, and our collective student body makes our voices heard even louder.

More and more young people are critically thinking about Palestine as an issue of social and racial justice, and this shift is what fuels our work. And it’s heartening to see we’re not alone: ​​As Harvard affiliates (mostly alumni) attempt to demonize the Crimson’s recent decision, many faculty members have come forward in support of the journal and BDS. , centering human rights and affirming student activists.

These factors got Overstock’s CEO thinking about ...