Peacock announced it is picking up a flurry of anime series picked up today to bolster its slate of youth animations. Inspired by the hit DreamWorks Animation films, Megamind’s guide to defending your city and Abominable and the Invisible City will take fans deeper into these animated worlds, while the original preschool series Press Start!, Mekbots Team Animal Rescue and Dino Pops get closer to whole new toon horizons. More, Babble-Bop! returns for a second season.

Learn more about the upcoming slate:

Abominable and the Invisible City

Abominable and the Invisible City (DreamWorks Animation) is a CGI comedy adventure series that continues the wild and woolly fun of DreamWorks Animation. Abominable. Thanks to Everest, the Yeti, Yi, Jin and Peng know there’s a whole magical world out there, and now it’s even closer than they think! When they discover that their surroundings are full of magical creatures that need their help, the children embark on extraordinary and heartfelt adventures through their town and beyond. 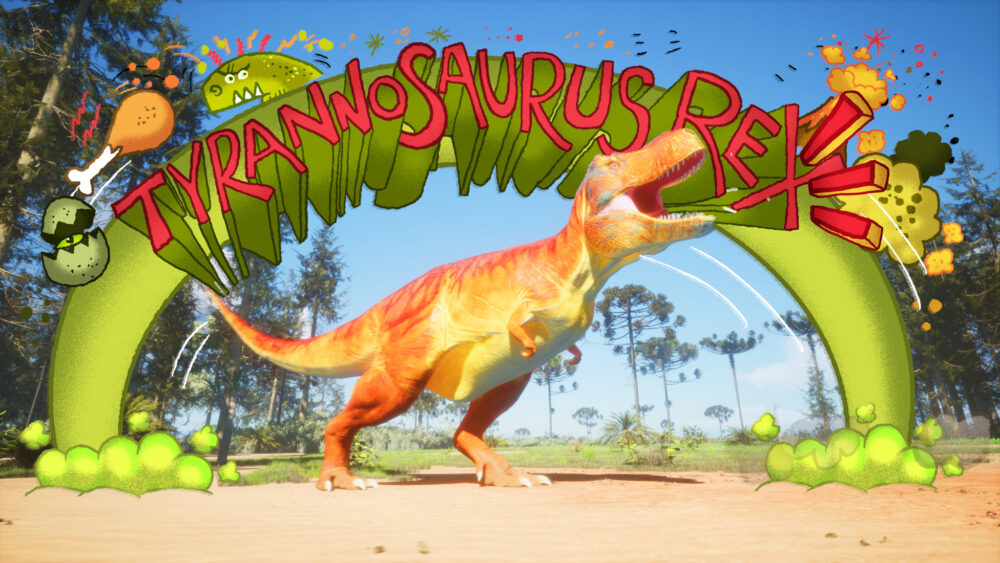 Dino Pops (Mobius Lab Kids, production unit for Cisneros Media) is set in a vivid, hyper-realistic land inhabited by ferocious – and often silly – dinosaurs. While the scenery and dinosaurs may be prehistoric, modern elements familiar to kids, from ice cream cones to race cars, will burst onto the scene and delight viewers. Dino Pops will provide bursts of interesting and easy-to-digest dinosaur information for preschoolers.

Each episode will feature different dinosaurs and dive into their traits and attributes. From T-rex to Triceratops, Raptors to Titanosaurs, the secrets of the inhabitants of a very different world will be revealed in hyper-realistic animation with a twist that makes it the perfect piece of entertainment.

Dino Pops consulted the famous Argentinian paleontologist Dr. Diego Pol for all the information and facts about dinosaurs. Pol and his team have uncovered fossils of more than 20 new dinosaur species, including the discovery of Bagualia alba. This 10-ton, 40-foot-long dinosaur with a 10-foot neck roamed the Patagonian wilderness 179 million years ago and will make its television debut on Dino Pops.

The 13 x 30’/52 x 5′ series is created by Ailing Zubizarret, who produces with Maria Benel and Nico Ferrero. Matt Doyle is editor.

Megamind’s guide to defending your city (DreamWorks Animation) is the sequel to the CG series of the hit film, where Megamind transforms from supervillain and scourge of Metro City to superhero who learns on the job. He’ll take the audience with him, as Megamind’s trusty brainbots will record everything, making him the world’s premier superhero influencer. 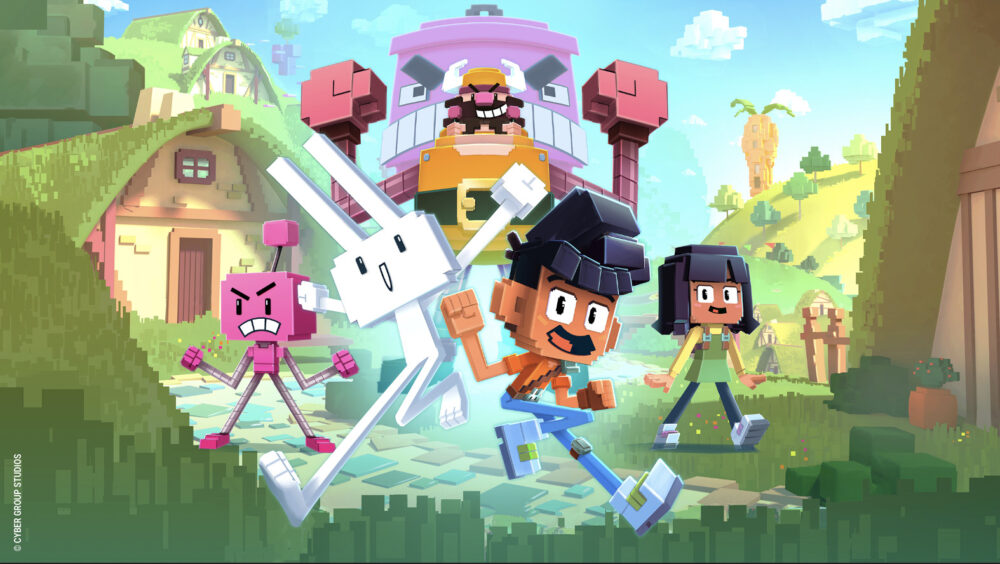 Press Start! (Cyber ​​Group Studios) is a blend of comedy and CG adventure about Sunny and her sister Rue, who take on the exciting and fast-paced world of 24 carat quest video game. Athletic, brave and funny, Super Rabbit Boy is the hero of this fantasy game world. When the siblings finally get to play IN the game, their lives are turned upside down. Throughout the series, each episode takes place in the “real” world of Sunny and Rue and the “game” world of Super Rabbit Boy.

Once Sunny or Rue zap into the SRB game world, they become part of the quirkiest, coolest, craziest superhero partnership a kid has ever imagined as they team up with the Guardian unrivaled of the Game-World, Super Rabbit Boy, to save the SRB game-world from utter destruction by Villain Bosses. In the process, Sunny and Rue become Super Rabbit Boy’s powerful pixel partners.

Based on the award-winning and best-selling Scholastic book series by author-illustrator Thomas Flintham, Press Start! (52 x 11′) highlights the East Indian heritage of the main characters both in storytelling, in a diverse writers room, and in the inclusion of other talents participating in the series. Executive producers are Pierre Sissmann, Dominique Bourse, Karen K. Miller and editor Scott Kraft. 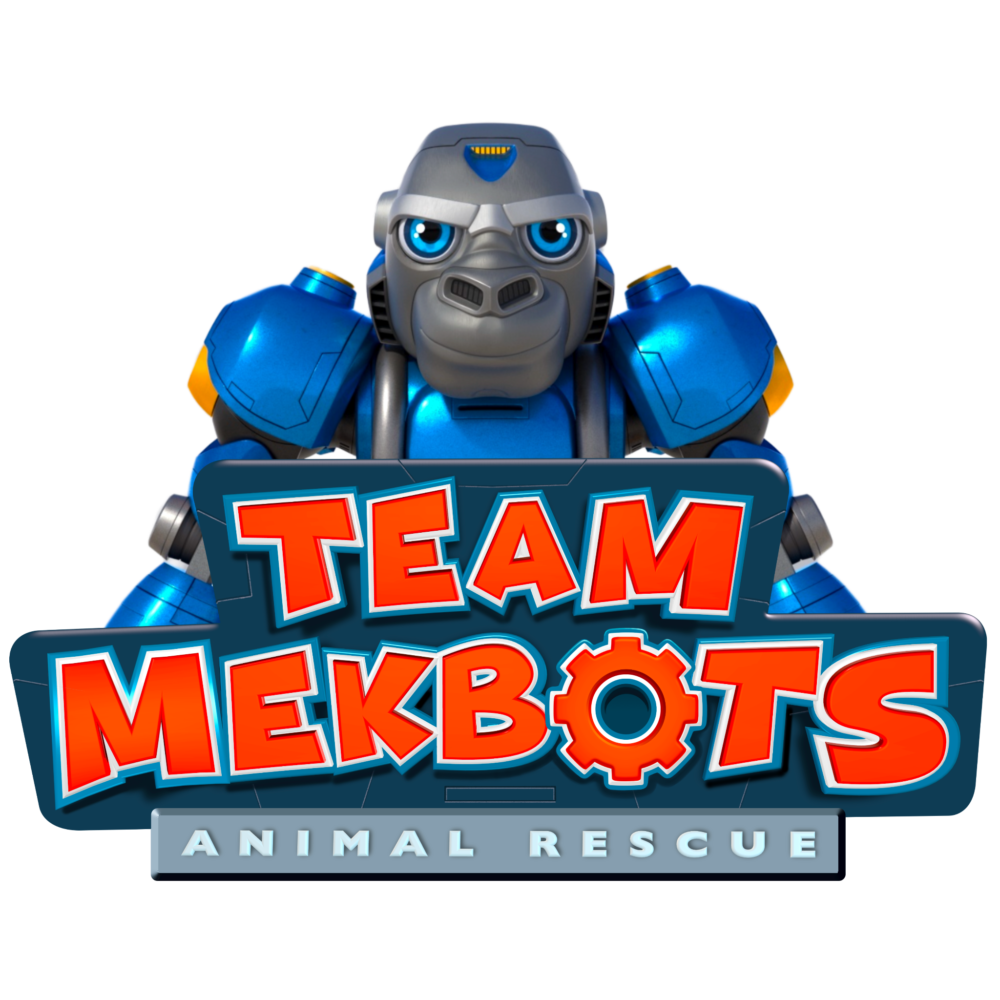 Mekbots Team Animal Rescue (More Minds Studio, M2 Animation) is a preschool animated series that inspired kids to see the outsized good they can do in the world and how they can be of HUGE help to all living things! Crank up, power up and save the day with the Mekbots team (aka Mateo, Kawhi, Mei-Lin and Frost): four animal-loving kids from around the world use their tech skills to create giant Mekbots, each inspired by an animal different. In each adventure, kids save animals all over the world and show that teamwork, environmental intelligence and compassion make you a hero. Oh, and robotic animal powers help too!

The 39 x 7′ series is produced by Rob Hudnut and Mads Munk. Shane Amsterdam is editor and Steed Sun is art director. 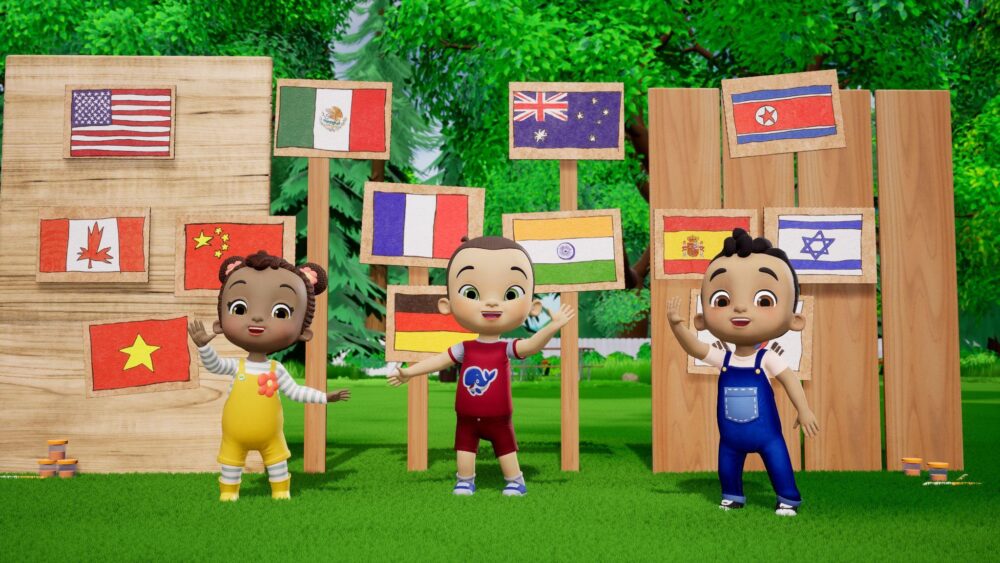 Babble-Bop! (Dark Slope), renewed for season two, is a musical dance jamboree series for preschoolers; a world of music, dance and preschool games where you tap your feet, clap your hands, squirm your buttocks and sing along. With a mix of new versions of classic nursery rhymes and original songs, this inclusive short series is aimed at social and emotional learning for the pre-k set.

Heroes Lily, Hugo, Miguel, Izzie and Sam will play all day moving and dancing and having fun to songs that are awesome, catchy, repeatable – and sometimes very familiar. With new characters, animals, and new song styles, the second season continues to hone in on the little things in their lives: having a snack, dressing up, drawing with crayons, looking at clouds, or helping out. playfully their parents (who are always there if they are not filmed) as best they can.

Babble-Bop! (84 x 2.5′ and 7 x 30′) is produced by Dan Fill and Raja Khanna, produced by Christine Thompson. Luke Jurevicius and Tim DP Thompson are the directors of the series. Katherine Stanford is the screenwriter of the series.