Owen Tozer has been a busy boy lately. While the rest of us spent the lockdown ending Netflix or chatting on Twitter whether not wearing PPE in the surf made you Gammon, Karen or canceled, the South Devon local rather became productive. He recently published Looking aside Vol. 1 with Matt Barr, a coffee table book celebrating California culture of riding on a road trip the couple took along the Pacific Coast. Closer to home, Owen and three friends designed and launched Goodrays CBD Seltzer, a drink celebrating their shared love for the super natural plant, cannabis.

We tasked him with reducing decades of his photography to a dozen images that help tell his story, from the hippy Totnes to the hip Big Smoke and several exotic dots in between. Here is what he found.

The South Devon coastline is where I consider my home and Bantham is the focal point for me. This is where I learned to surf, where my best friends live and hang out. It’s a beautiful place with a classic scene centered around the parking lot. I used to have lifts from the Paignton Surf Team as they drove through my town on the way to Bantham and always loved the jokes and chats along the way and in the parking lot. Characters like Kev Gregory, Rob Bealing and Ray Owen were generous with us as young kids growing up and learning, there were local kids like Richie Kenyon, Jim Newitt and Joe Owen surfing so well, leveling and full characters like Swanny and Deny Tolley to laugh with or be a little afraid of. More recently it has gotten a bit high end and there is a van called Gastrobus that sells great food and coffee, and Goodrays – our first dealer. On a good day of surfing there is a lot of chatting and buzz in the parking lot and you can spend the whole day chatting and surfing. It’s a hard place to tear off when the sun and moon are setting over Burgh Island like in this photo. Often there is a small team of surfers sitting in the dunes drinking and watching the show – you can just make out them here on the left if you watch closely. 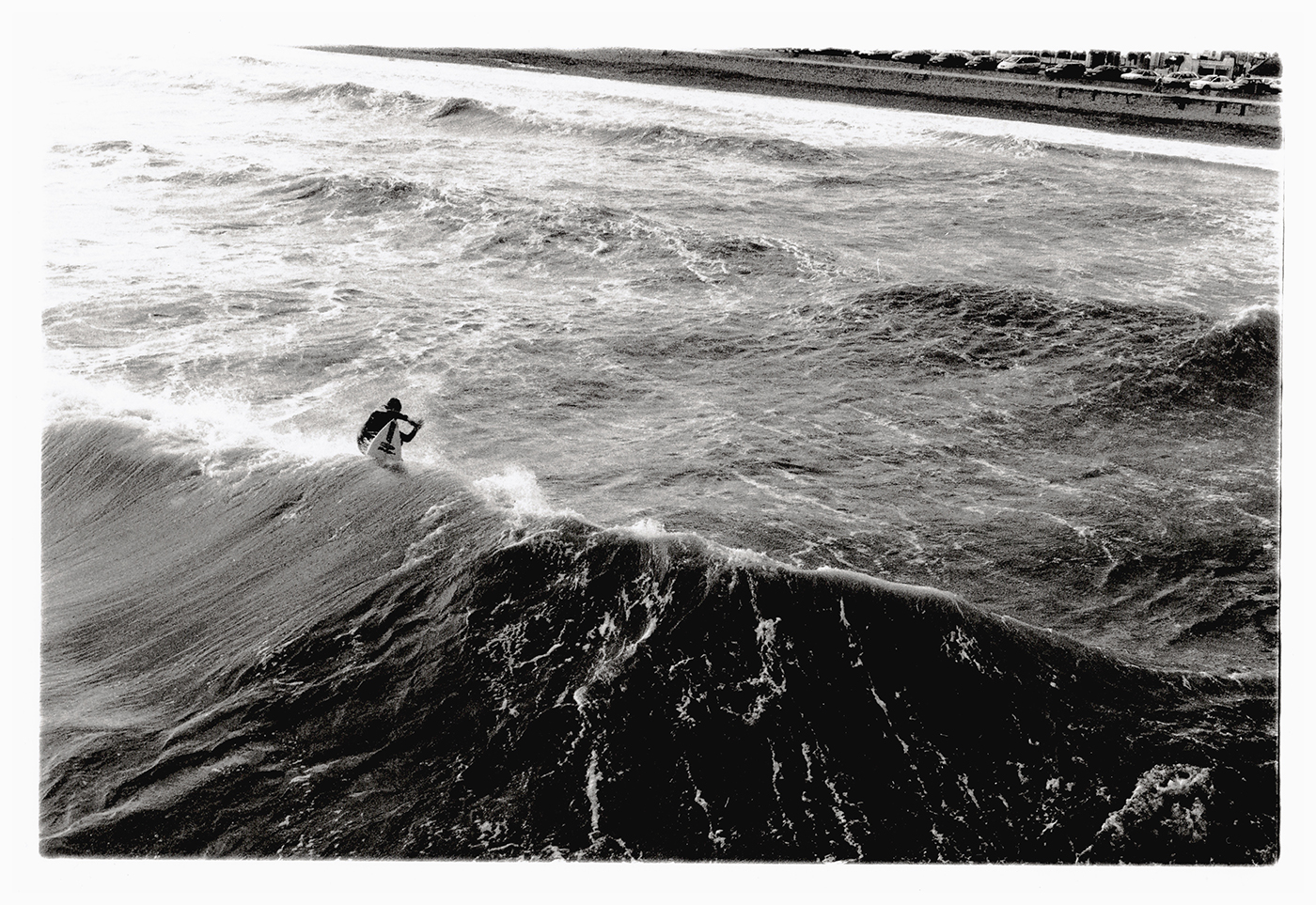 Paignton is affectionately known by many in the South Devon surfing community as The Glory Bay. It only works on a gale force ashore, which is east so usually occurs in winter and is very cold. The beach is made of reddish sand, so the water is always an odd grayish-brown hue, and the waves are usually small and choppy. Despite all of this, there is a great surf scene and Paignton has produced great surfers. Child, nothing like the buzz around a good prognosis Paignton! You knew you would see loads of people, you could try to pull over the pier or hit one of the little reefs around. Eugene Tollemarche would magically appear from anywhere in the world and put on a show when The Glory Bay was on. We were surfing for hours and asking our friends to throw the Mars bars off the pier so we could continue. I remember taking this photo for a school project. I had an old 35mm Pentax camera and took 3-4 shots. I was pretty sure I timed well and got a good one, but had to wait a week to pick up the film before I could check it out. 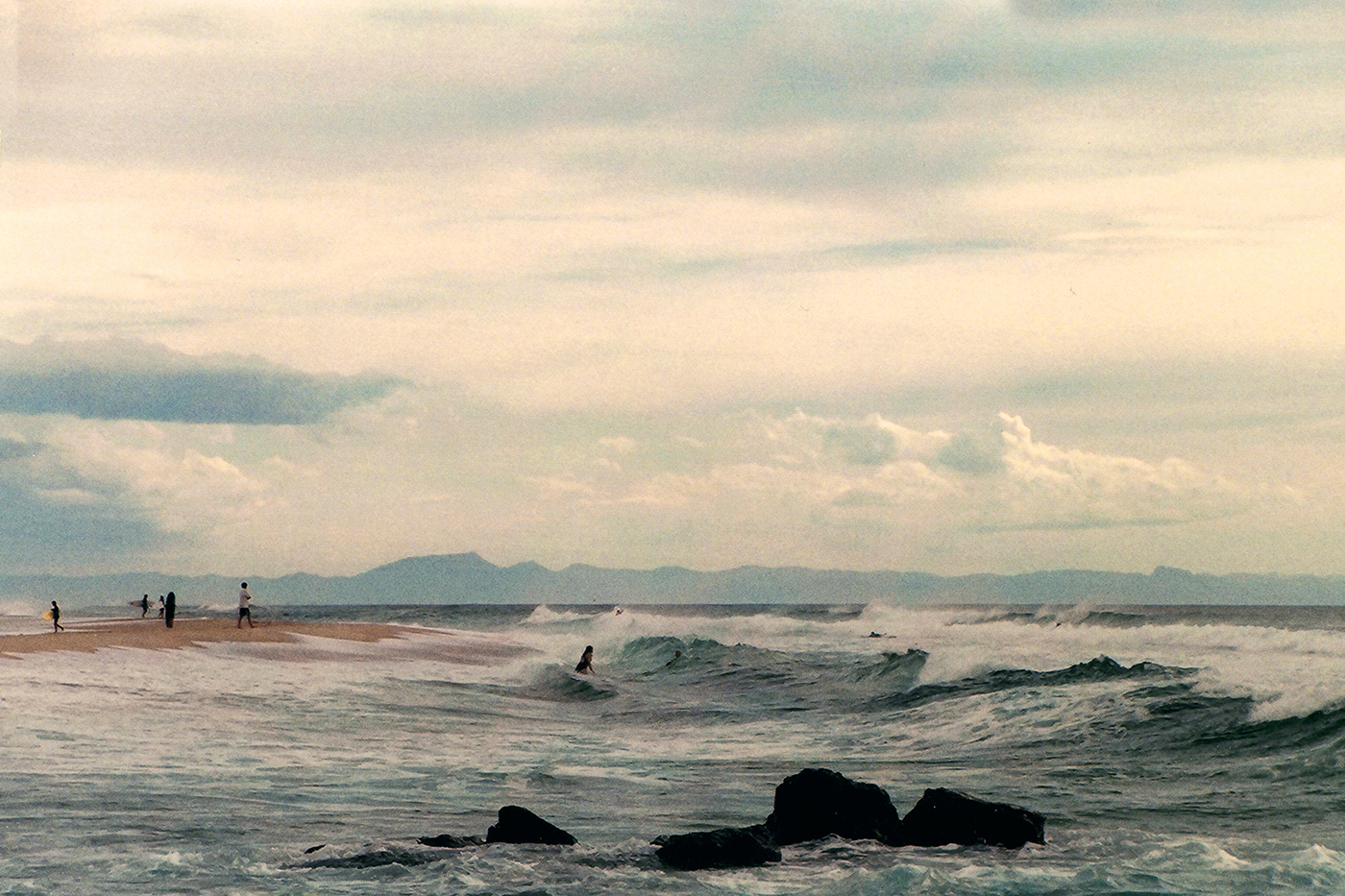 After living in Bristol for a few years and working as a designer, I was fired when the magazine I was working for went bankrupt and bought a one-way ticket to France. I lived 3 years between the southwest coast and the Three Valleys in the Alps, working as little as possible and surfing or snowboarding as much as possible. I loved the pace of life in France. Everything seemed to stop between noon and 3 p.m. everyday, giving you the right to surf. Seeing footage of this stretch of coastline around Hossegor still gives me a blurry feeling and makes me want to sell everything, go back and consume copious amounts of cheese, wine and seafood. 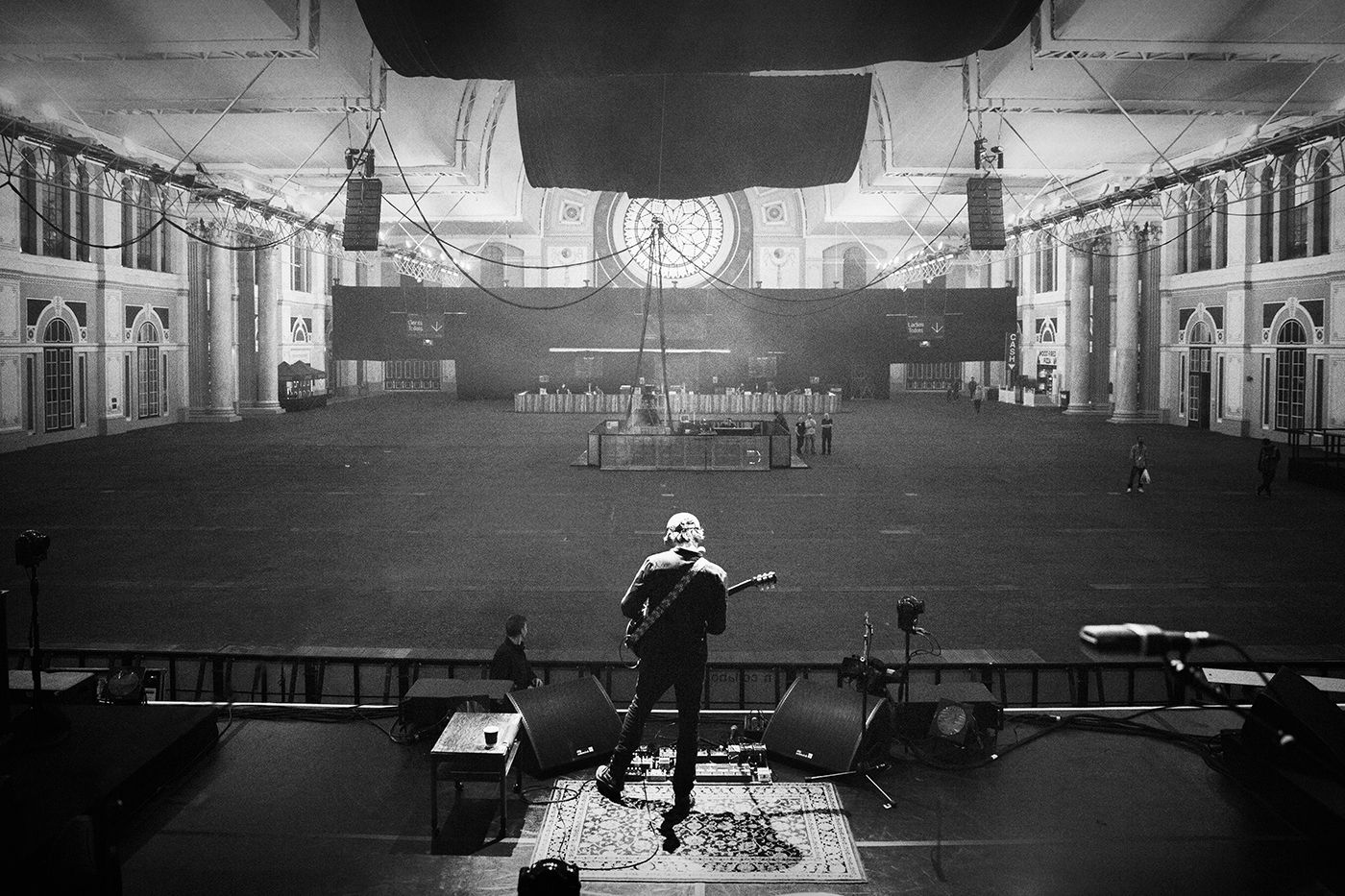 I always believed in supporting my friends’ creative projects where I could, so when a young friend I met in the water in Bantham asked me to help him with the artwork of his debut album, I was more than happy to do so. This young boy went on to make many great records and became something of a star. We worked on the first records together, and as her career blossomed her work morphed into music videos and visuals for arena tours. It was a wild and creative time and really gave me a chance to work on a large scale and understand my value as a creative person. This image was taken during a sound check for a 3 night residency at Ally Pally’s which was amazing. I am so proud of Ben and what he has accomplished. 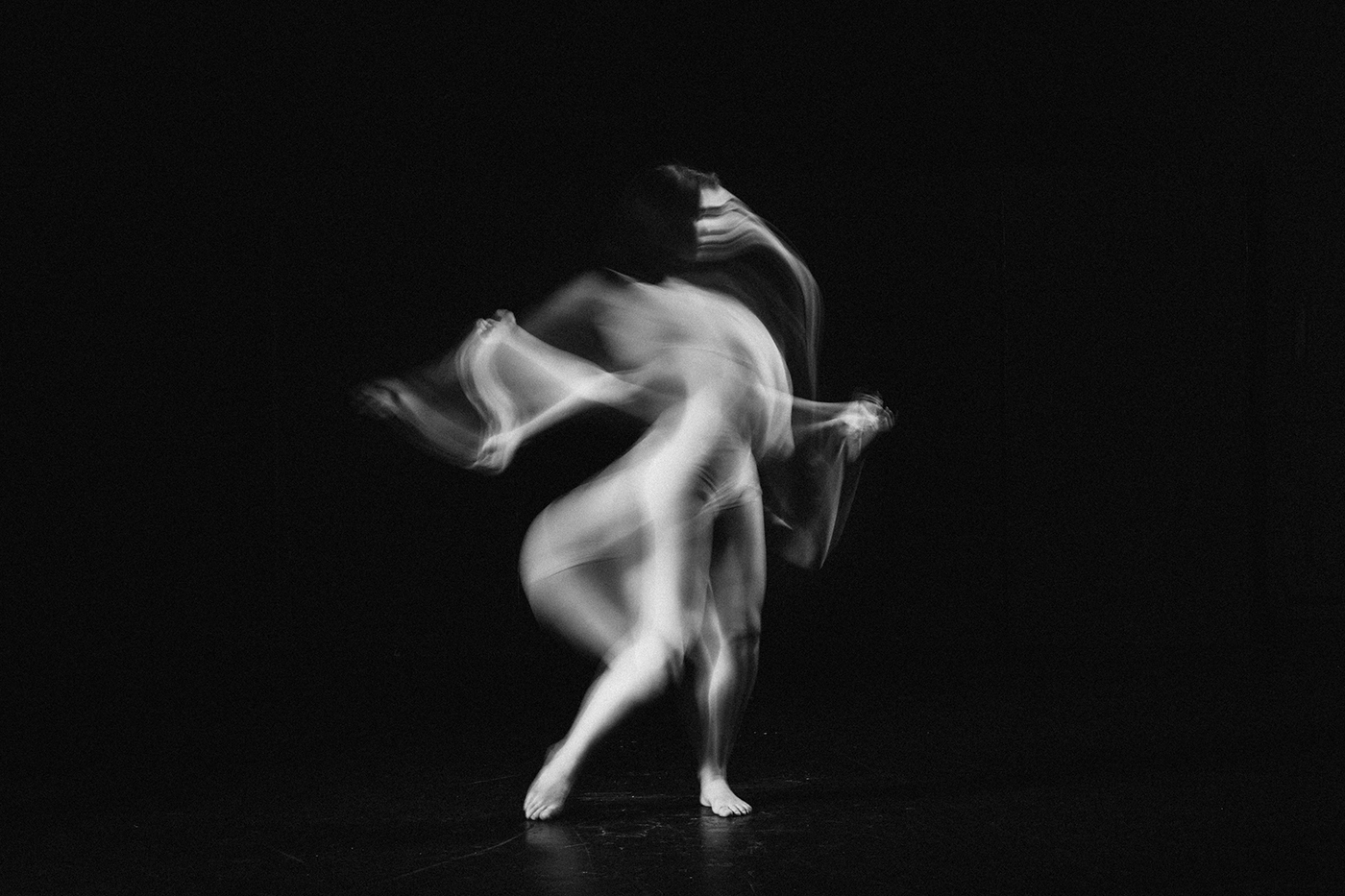 A time and space machine

Making music videos was so much fun unfortunately I missed the glory years of MTV with big budgets but it was a super creative time and as a medium it’s open to ideas and playfulness. I shot this between takes while on set with dancer Kat Collings and love the weird, ghostly shapes she creates. The last film is called A Time & Space Machine. 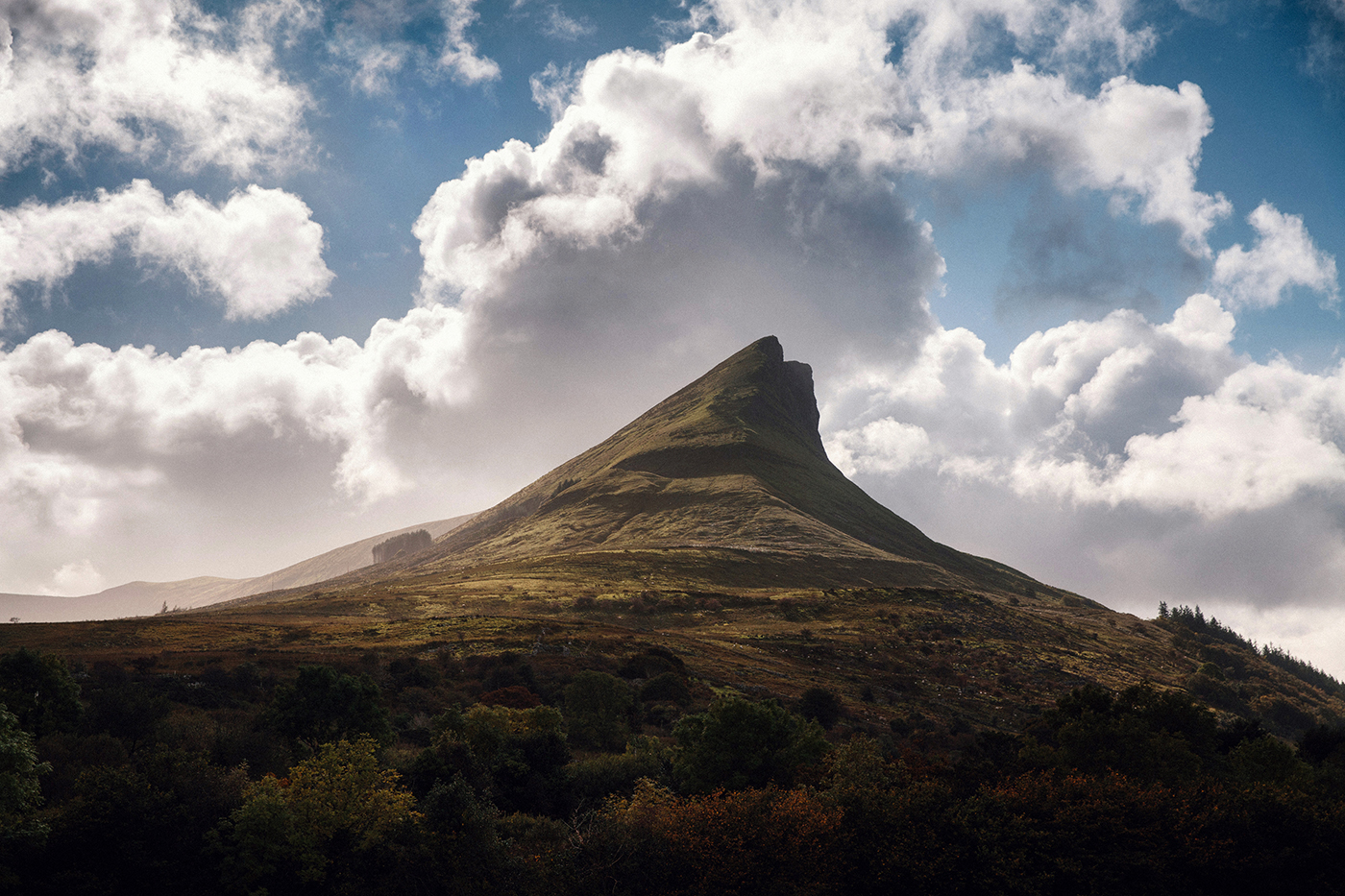 I have had two very good reasons for visiting Ireland regularly for a long time. One worked closely with Mickey Smith on many creative projects related to Ben’s music which was always fun and we forged a great friendship. The other was my father living further north near Mullaghmore. Ireland is still one of my favorite places in the world. I surfed the best waves I have ever had there and saw waves that scared me. This mountain, Ben Whisken, sits right behind the house my dad built and is just one of the most awe-inspiring things to experience next door. He rises like a crazy rock wave and with his pal Ben Bulben he dominates and defines the landscape between the town of Sligo and Bundoran. 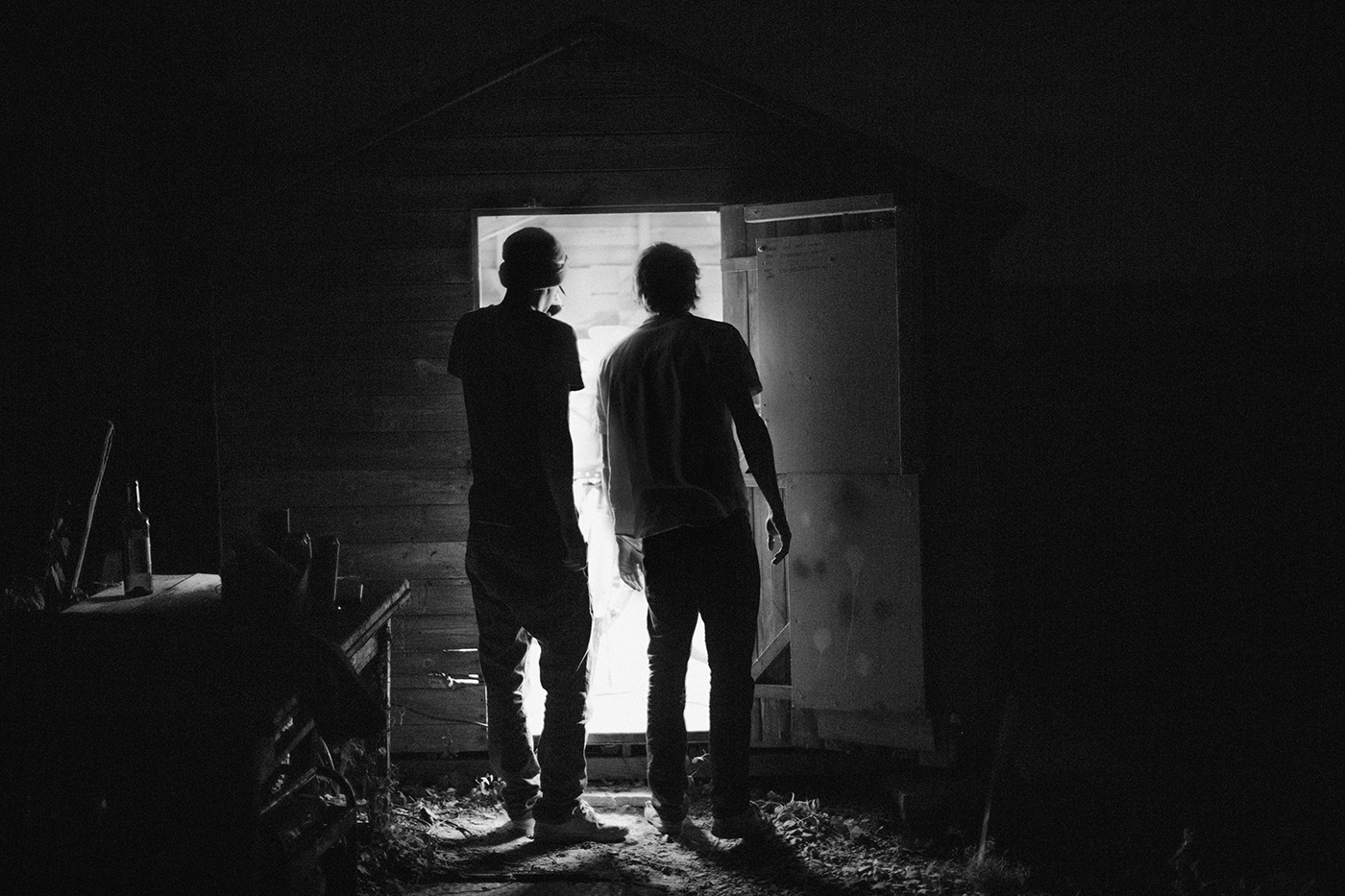 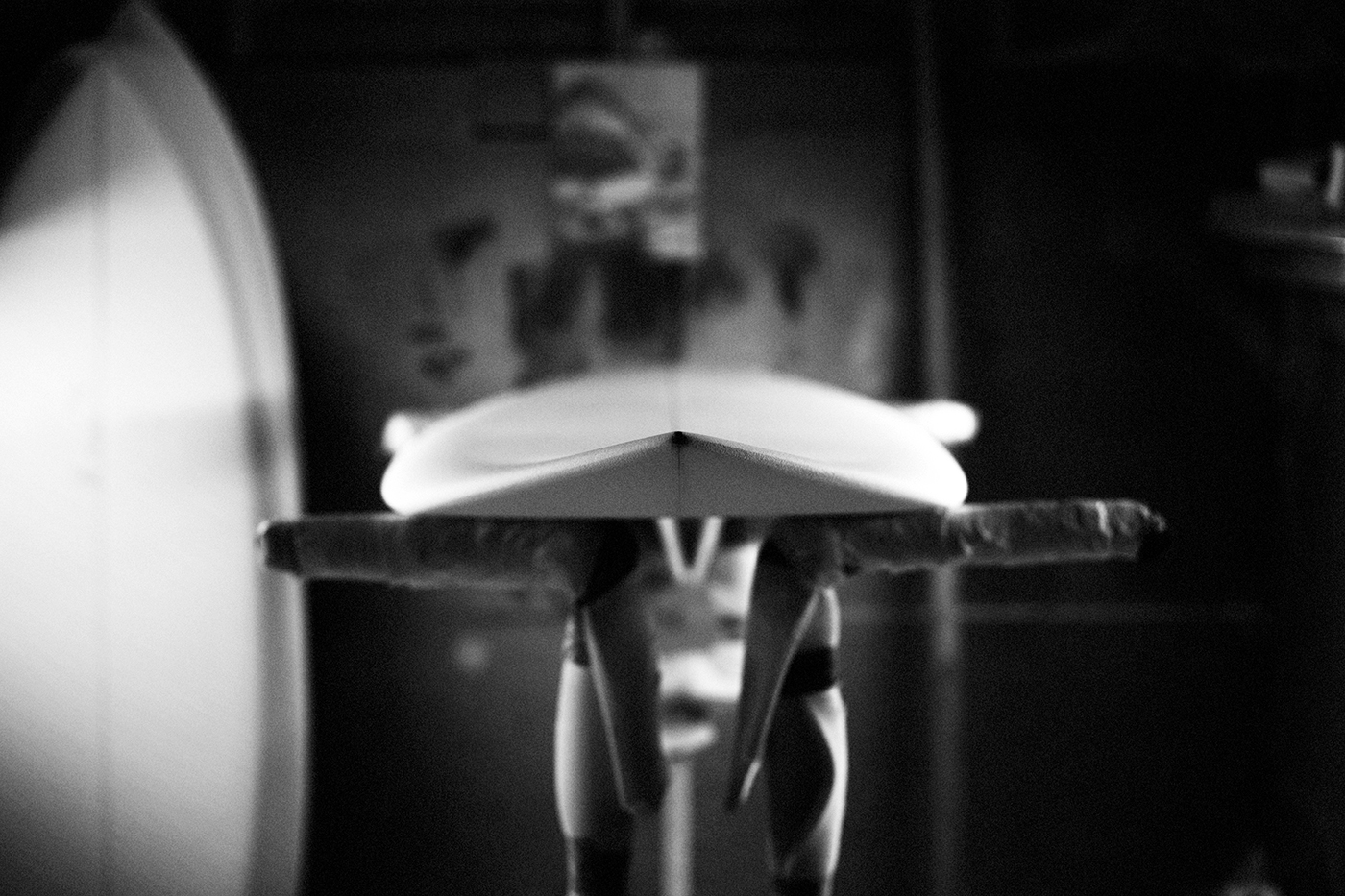 We started shaping boards in my friend Paddy’s shed for a bit of fun a few years ago. He now makes boards under the name Disco Surfboards, so my first board was naturally called “Biscuit”. It’s so much fun to do and the feeling of satisfaction you get from riding a good wave on a board you made yourself runs deep! Unfortunately, this hangar doesn’t make dream machines anymore, but Paddy and Ben are currently working on an amazing project called Outside which will set up on Bantham Hill and have a permanent fitness facility, skate bowl. and a coffee that will be our new home. . 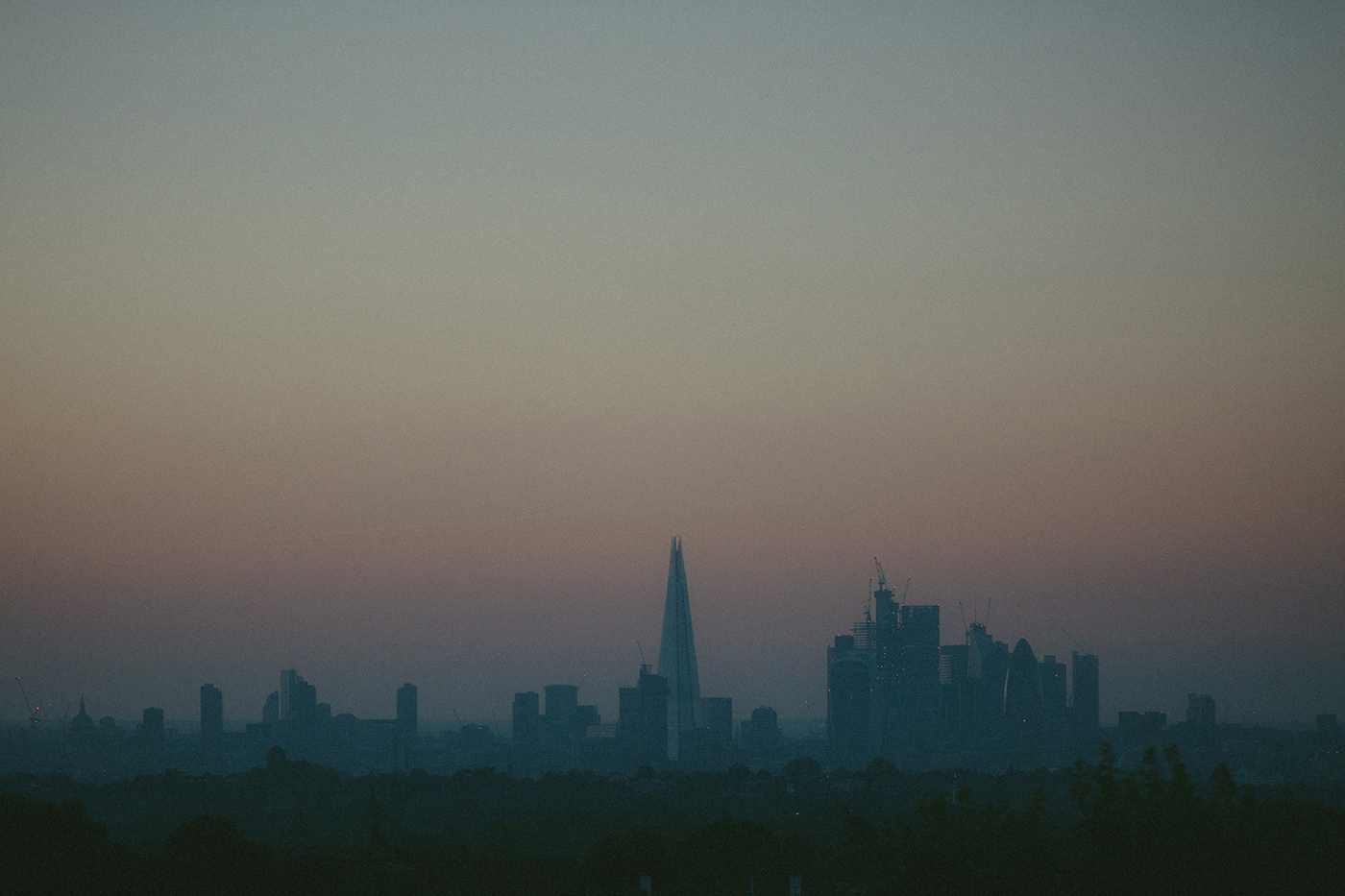 I actually never wanted to live in London, but the allure of a sexy girl (and maybe work) was too much to resist. Over the years, I have grown to love this city so much. It’s full of amazing people, amazing art and creativity, so much great music and great liquor. Living here can be expensive, but so many opportunities and relationships happen just by being here and meeting great people. This is the view from my balcony, which I must have taken a hundred times in different weather and light. 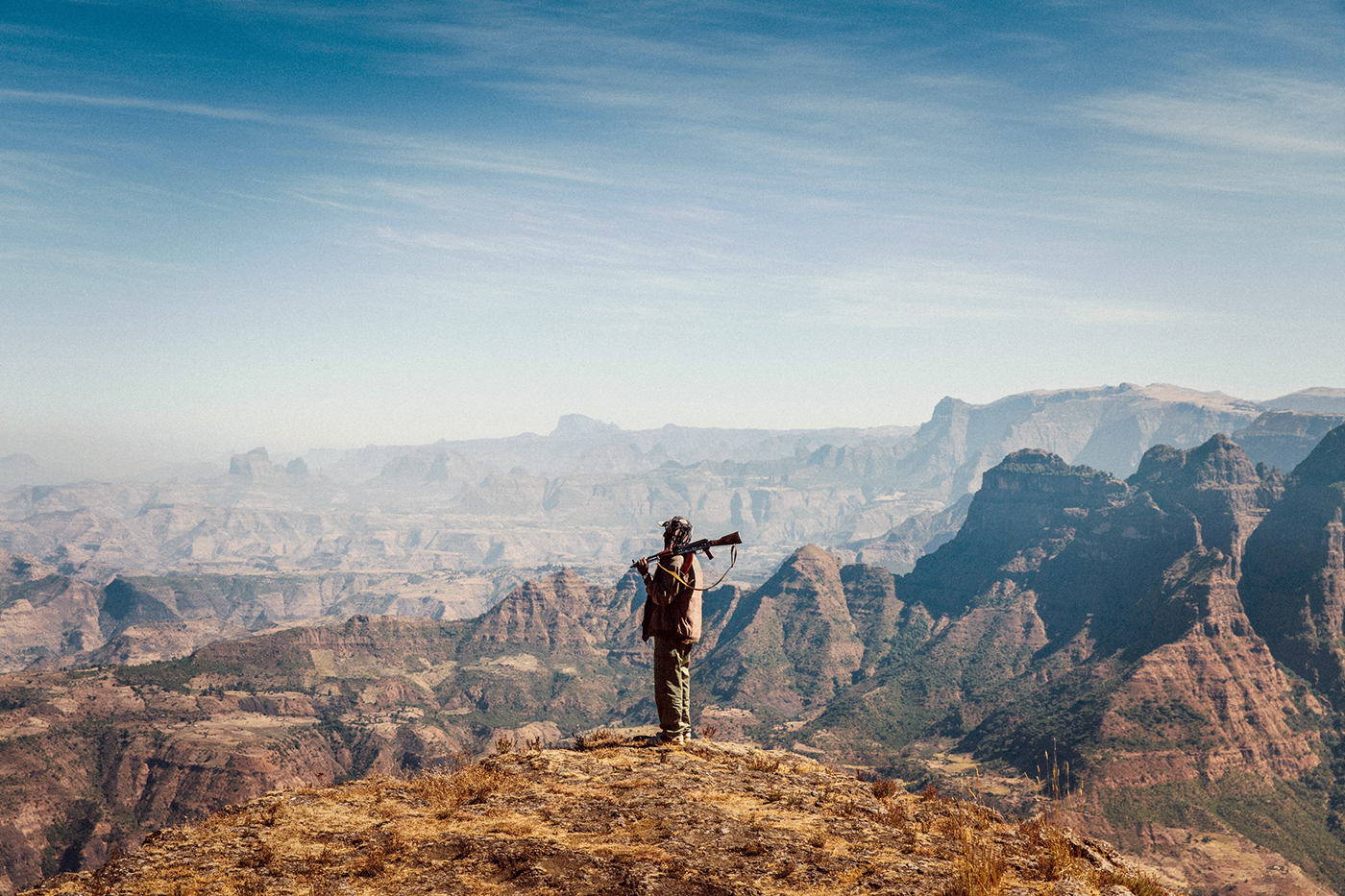 A few years ago, I traveled to Ethiopia on my own for a family wedding. A large part of my family lives in Addis Ababa and after the wedding I left on my own to see a bit of the country. Up north, far from the cities, I felt like I had stepped back in time to an Old Testament scene or something. Until I walked around with a guide who had an AK47, and it all went back to the 21st century. He let me wear it for a while, so it was fine. 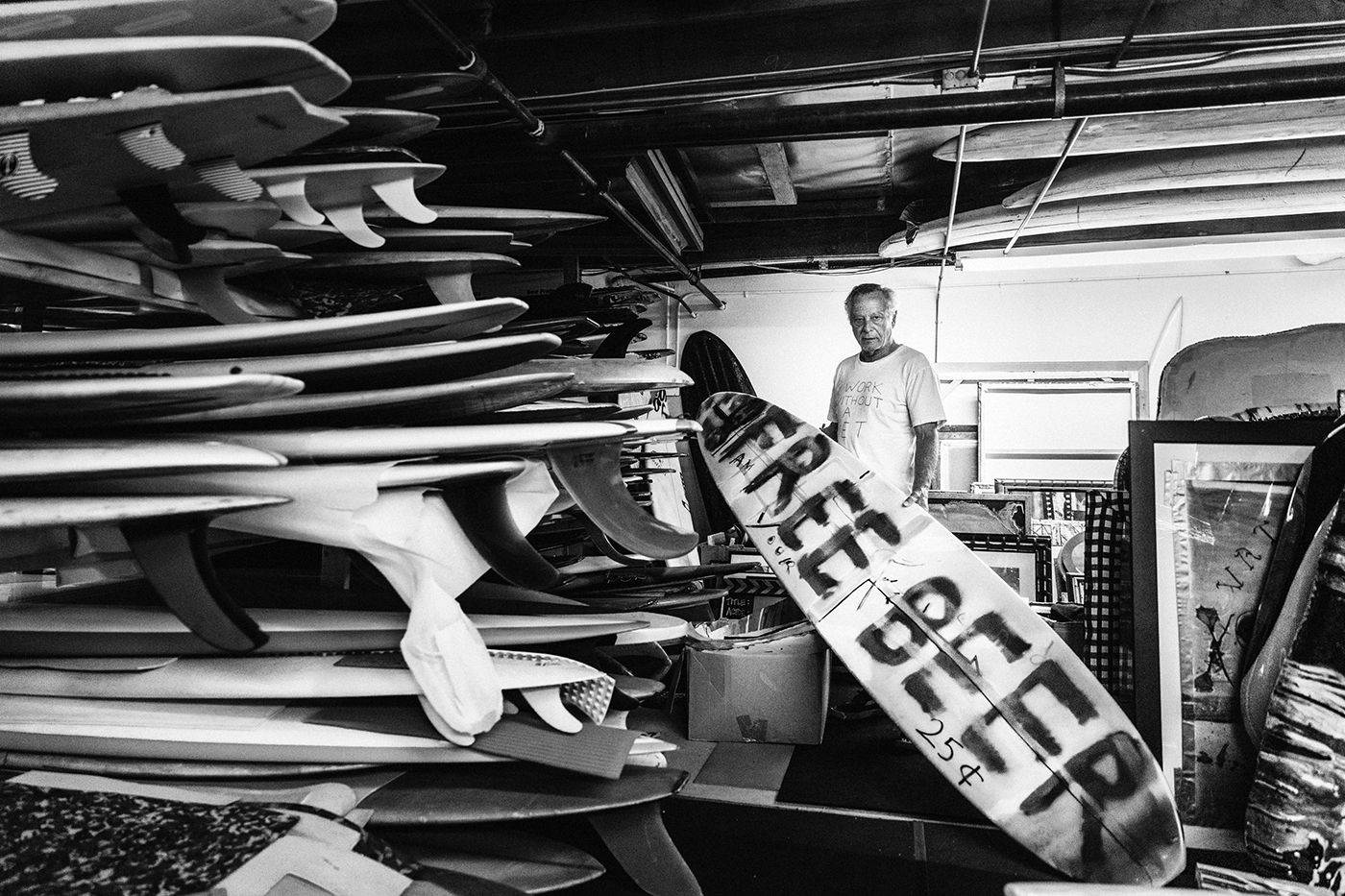 Working with my old friend Matt Barr on Looking Sideways has been one of the great pleasures of the past few years. Because it’s completely self-published and mostly self-funded, we have the freedom to do whatever we want and to follow our curiosity and ideas. Our recent trip to California (which to be fair was paid for by Visit Cali) was a real highlight for both of us I think. Completely unpaid and self-produced, but we had virtually no business pressure and loved being able to work on our own terms. We ended up doing a travel book which was extremely enriching. Here is Herbie Fletcher showing me her extensive collection of surfboards. 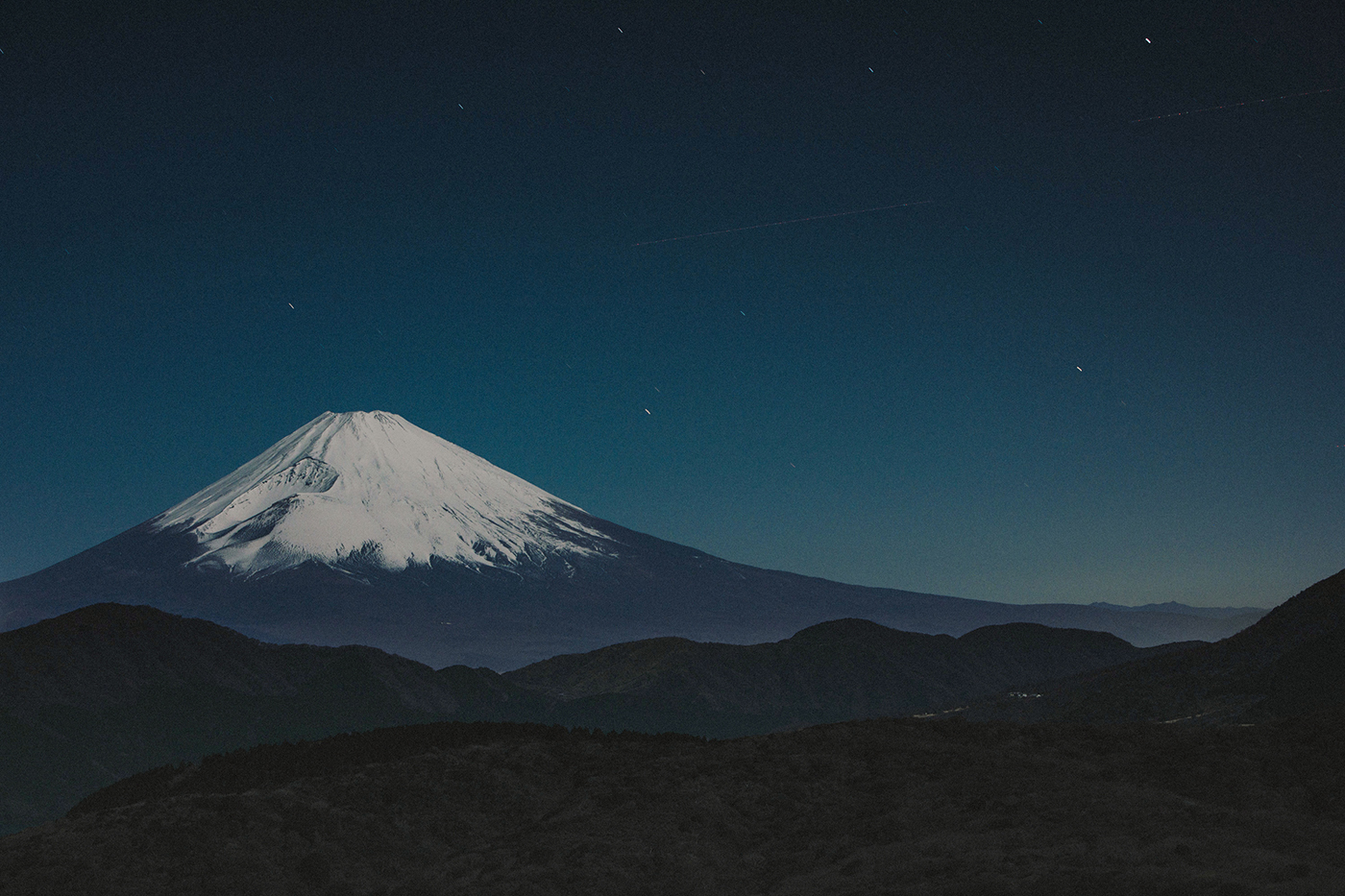 On Christmas Day 2019 my wife and I left for a month-long trip to Japan and of course I took my camera. This evening was something quite special. We were in a place called Hakone which has great views of Mt Fuji. We had arrived just in time to get a glimpse before dark, but the next day it was raining and visibility was poor so we couldn’t see it. A few nights later the weather cleared up and it turned out that that night was the first full moon of 2020. I left at midnight to take a look at the mountain and I was not disappointed. The moonlight made Fuji shine in an otherworldly way. This was taken by placing the camera on the icy roof of my rental car and exposing it for a few seconds. I gave up when my hands went numb, but luckily a few came out fine. I remember throughout this trip the news of the discovery of a strange new virus in China and by the time we got home we knew we were very lucky to have made this trip. 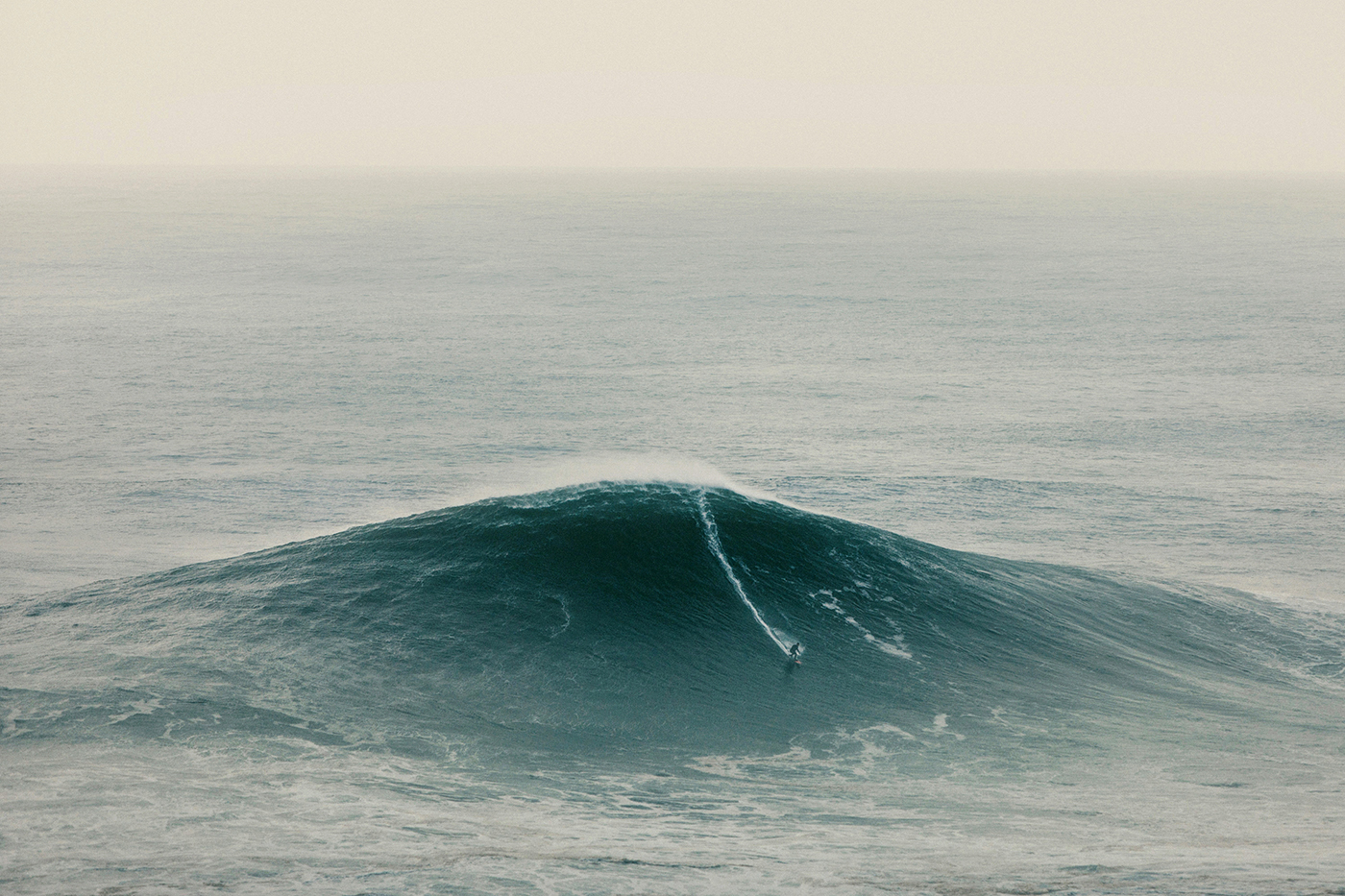 The last time I went abroad it was a short trip to Portugal with a good friend and writer Jamie Brisick. I met Jamie on our Looking Sideways trip to California and we hit it off immediately. He had moved to London in 2020 to change the scenery and write a bit and we were able to convince Huck magazine to send us to Nazaré to cover the WSL big wave event there. Despite seeing a million photos of the place, I was blown away by the scale and power that are everywhere. I loved shooting in a more documentary style and following my nose. Nazaré was shot, so it’s hard to find anything different, but it’s fun to try. I remember Jamie describing the waves as looking like giant forked tongues or something, which it looks a bit like in this photo. 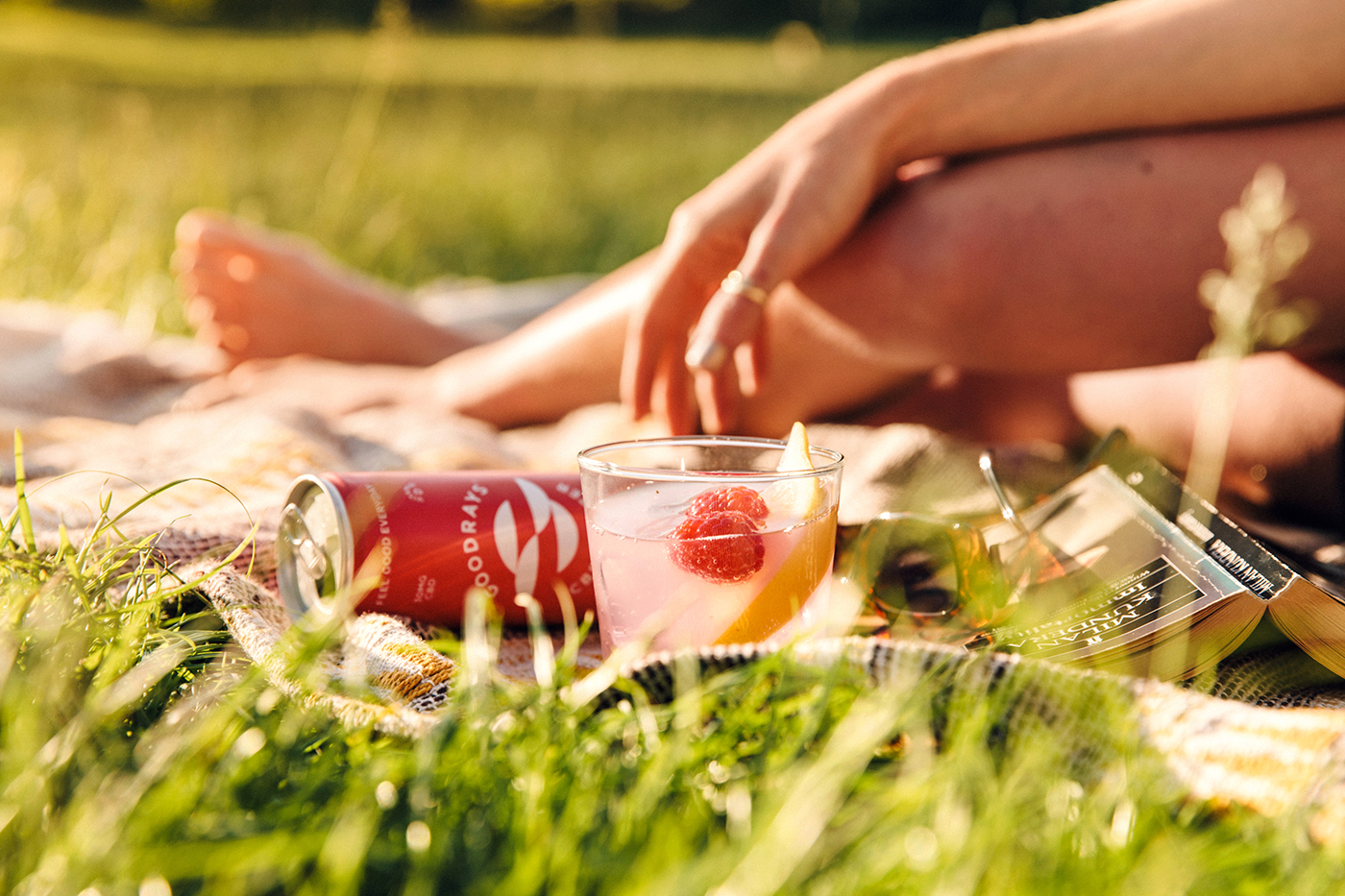 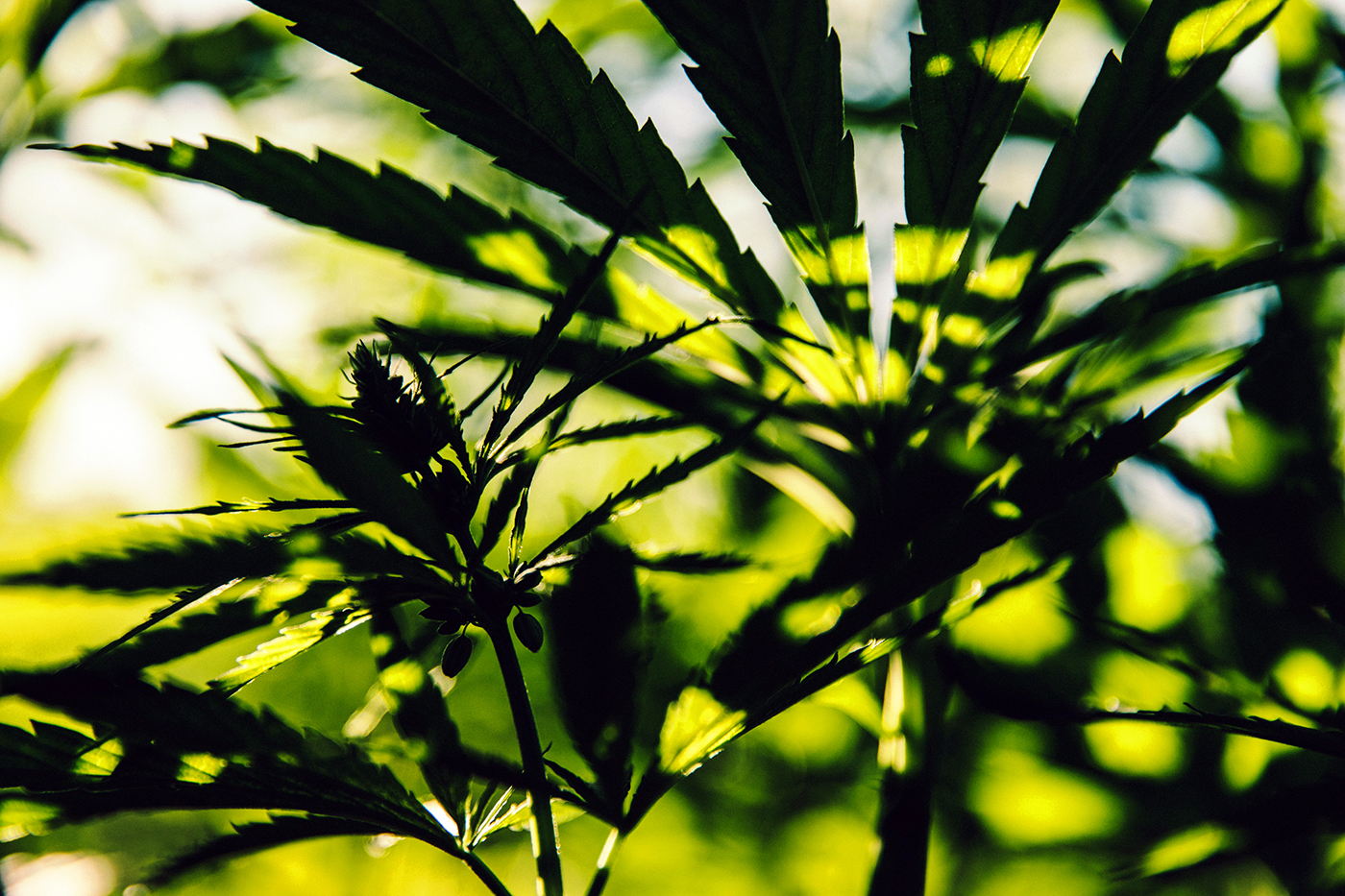 For me, last year was the year of the Goodrays. The deadlocks and inevitable cancellation of almost all of my work were difficult, but it gave me time to focus on finding a name and identity for this new project. Goodrays is a CBD seltzer that I started with some friends that has been an amazing project to get me started. I’ve been a designer for over 20 years, and a photographer and filmmaker for a lot of it, so launching my own brand really put all that experience and creativity to good use. The other co-founders are all amazing at what they do, so it’s a great feeling, and definitely a steep learning curve. Notably, learning how to photograph and style drinks, making sure there are bubbles and droplets and the perfect citrus wedges requires a level of attention to detail that I didn’t really have to employ in the past ! It’s fun though, and I love to go there and see what we have on offer. Usually everyone comes up with a bunch of ideas and something great comes out of them.

The smartest stocks to buy with $ ...