Notes from Central Taiwan: Inflation and the Future

Sometimes when I read the economic news, I think the Democratic Progressive Party (DPP) should drop the second word of its name.

The nation’s latest iteration of its informal national motto “socialism for the rich, capitalism for the poor” came last week when the Ministry of Finance (MOF) announced it was activating the National Financial Stabilization Fund (國安基金). Was it for all the shopkeepers and restaurateurs hit by inflation? Was it to raise the wages of ordinary workers?

Of course not. The benchmark stock market index has fallen 23.4% this year, according to a recent report from Reuters, which said “the market closed down 2.7% on Tuesday as the worst performer in Asia.” .

Gains from 2020 and last year were wiped out, Reuters said. It was clear that something had to be done — the rich could lose money, the poor darlings. Better bail them out!

Enjoy this observation: “Asia’s worst performance”. Founding members of the GDP cult, Taiwanese policymakers are like Taiwanese parents, constantly comparing their children to their cousins. Of course, as with all cults, the rake-off goes to the people at the top. 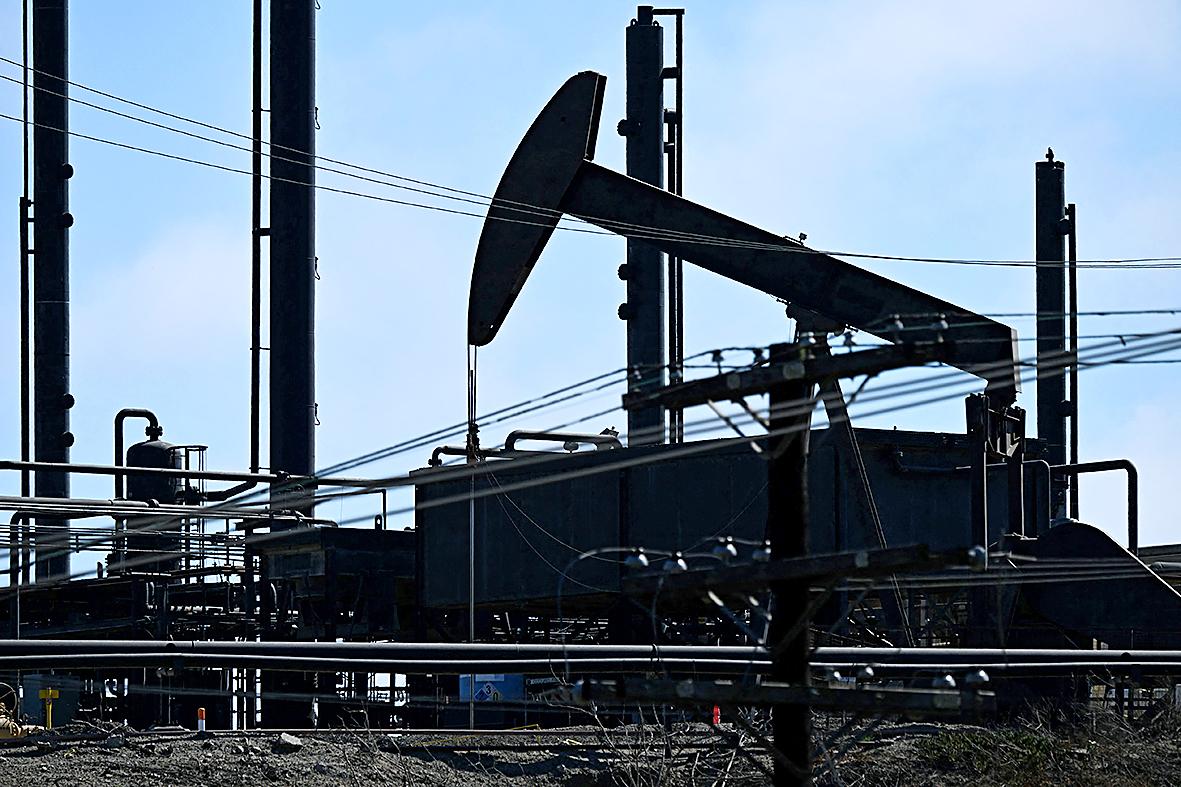 Business fundamentals remain strong, the government said. Rather true. In the same week, the government proudly announced that tax revenue rose 43.2% year-on-year in June, to NT$491 billion – just about the limit (NT$500 billion) to bail out the market. scholarship.

The Ministry of Finance said corporation tax was the main source of revenue increase, soaring 77.7% from June last year to NT$361.5 billion , a new record for June. Chen Yu-feng (陳玉豐), deputy director general of the ministry’s statistics department, said a large part of the revenue came from the profits of listed companies.

Listed companies are highly profitable, but their investors need a bailout? 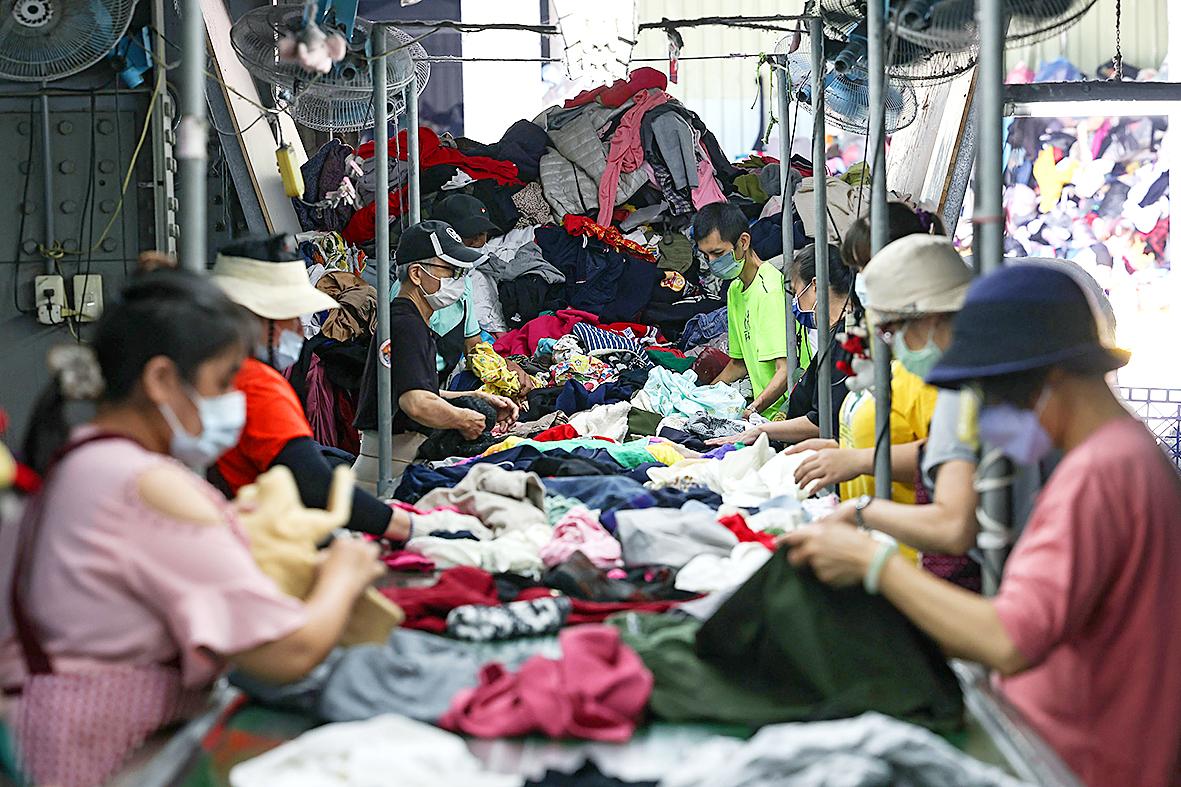 Meanwhile, as I was biking around Miaoli County, I noticed several restaurants that had signs saying they had no posted prices for their dishes due to inflation. Earlier this month, Bloomberg announced that inflation was approaching its highest level in 14 years. Everywhere we talk about it.

INFLATION: A NIGHTMARE FOR THE WORKING CLASS

Roy Ngerng (鄞義林), the Singaporean transplant who has become an incisive chronicler of the economic nightmare facing Taiwan’s working class, noted in February that Taiwan’s minimum wage was “no longer commensurate with the cost of living.” In 13 of the 25 years since the 1997 economic crisis, the Taiwanese minimum wage has not increased.

Ngerng pointed out that Taiwan’s median income is NT$41,750 per month, almost the figure the minimum wage would have been had it risen since 1997 at the rate it rose under President Tsai Ing-wen’s administration. (蔡英文). Thus, half of the country’s workers have an income below the level of income they need to survive.

In another excellent article from the previous month, Ngerng observed that “since 1959, consumer prices in Taiwan have increased 9.5 times while producer prices have only increased four times. In other words, consumers are seeing their prices increase more than twice as fast as the costs to producers.

These trends have resulted in an “unbalanced economy” in which the government strives to keep costs down for businesses while allowing them to raise prices for consumers, generating huge profits.

The Directorate General of Budget, Accounting and Statistics (DGBAS) said last week that its data suggested that inflation, above 3% for four consecutive months, was eroding incomes, despite an increase in base salary l ‘last year.

In a July 1 article on inflation, Commonwealth magazine wrote of rising food prices: “Eggs hit a 41-month high, pork is at an 87-month high and, with a peak of 125 months, flour is the most expensive ever. over the past decade.”

Ten straight months of 2% inflation is a situation, observed Commonwealth, that has not been seen since the 2007-2008 financial crisis.

As many have noted, governments, including Taiwan’s, have flooded the markets with cheap money following the financial crisis and, more recently, due to COVID-19. This went into real estate and stocks. That money is flowing now as investors rush to buy things now, before their prices rise even higher – a move that will only fuel inflation.

Decades of mismanaging water and electricity prices, subsidizing them so companies can make money – another transfer of wealth from ordinary people to the rich – have forced the government to absorb the rising energy costs. At some point, reality will reassert itself and prices will rise, most likely at the most politically inconvenient moment.

The Commonwealth article also quotes a researcher who showed that the DGBAS Consumer Price Index (CPI) grossly underestimates actual rent increases: “over 90% of the 15,000 housing units covered by the [CPI] survey are located in social housing projects.

This whirlwind of economic devastation is hitting the most disadvantaged sectors of society the hardest.

Discussion of inflation in Taiwan has focused on its pernicious economic effects, but the political outlook is also worrisome.

The Taiwanese “opposition” Chinese Nationalist Party (KMT) and other political parties subscribe to the neoliberal consensus that dominates political thought, offering little alternative or imaginative economic thinking, one of the penalties the country is paying for. absence of a significant national opposition and a powerful left-wing party.

“For pro-democracy protests to arise in response to tough economic times,” Brancati writes, “people must not only be unhappy with the state of the economy, but they must also blame it on the lack of democracy in their country”.

Similarly, in “Bread, justice or opportunity? The Determinants of Arab Awakening Protests,” Matthew Costello and his colleagues find inflation to be a powerful factor in Arab street protests. An analysis of the literature on the inflation-protest link offers many examples.

At first glance, these ideas seem to have no importance for Taiwan. Taiwanese have internalized the idea of ​​democracy and the democratic identity of the nation. Elections are free and fair.

How will voters react in a year or two, as the war in Ukraine continues to fuel inflation and the government and political parties above them offer no meaningful choice, while continuing to present economic data at odds with the lived reality of daily life? Commentators are not lacking in asserting that the major parties are all the same, indifferent to the fate of ordinary taxpayers.

Will the people always retain their democratic adherence? Or will they start thinking that voting is pointless and only street protests can change things?

Notes from Central Taiwan is a column written by longtime resident Michael Turton, providing incisive commentary informed by three decades of living and writing about his adopted country. The opinions expressed here are his own.

Comments will be moderated. Keep comments relevant to the article. Remarks containing abusive and obscene language, personal attacks of any kind or promotion will be removed and the user banned. The final decision will be at the discretion of The Taipei Times.

Without Ivana there is no ‘The Donald’