This is the incredible moment our future king quietly sold the Big Issue in central London.

Prince William donned a waistcoat and a red salesman’s hat before taking a seat in Rochester Row, Westminster, to sell the magazine.

It was only noticed when a passing Londoner spotted a “celebrity” – and went to have a closer look.

He said: “My brother-in-law was in London today and saw a celebrity so he took a photo from a distance.

“The celebrity saw the ‘covert surveillance’ effort and crossed the road to investigate further. 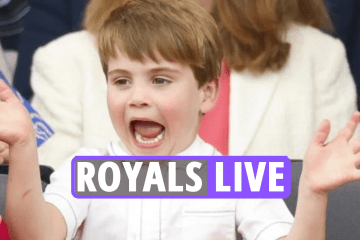 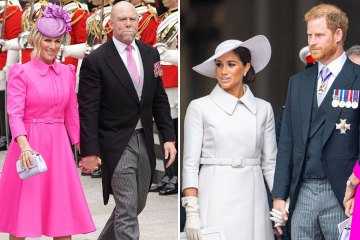 “What an honor to have a private moment with our future king who was humble and worked quietly in the background, helping those most in need.

And the royal didn’t miss the chance to make a sale.

“The finale of this unique occasion was when Prince William asked my brother-in-law if he wanted to buy the Big Issue, to which he replied ‘I have no change,'” Mr Gardner said.

“At this point William has produced a moving card machine…you can’t teach that!

“Priceless, or should I say ‘princely’.”

Building manager Jan Begala, 34, said the duke was not surrounded by security.

“He was there with another person selling the Big Issue for £3,” Jan said.

”Some people didn’t recognize him but I recognized him right away.

“I worked in security for events at the platinum jubilee events, so I knew exactly what he was like.”

A local caretaker who chatted with the prince said: “He was very, very warm and much more handsome than he is on TV.

“Many years ago I saw him in front of an Italian barber and yesterday I told him I had seen him and he said, ‘Yes, I had hair back then.’

”He brightened up the neighborhood and was very, very warm – he’s a lovely person.

“If you were in the pub with him on a Friday night, he would be friendly, good to talk to and pleasant.”

He said the royal was not accompanied by any protection officers.

A Sainsbury’s cashier said: ‘There was a crowd but because I couldn’t see any security I didn’t recognize it was him until a customer came in.

“He was smiling and he was so friendly. He’s down to earth and he enjoys all kinds of work.”

The Duke of Cambridge has been working on projects for the homeless since his mother, Princess Diana, took him to meet homeless people as a child.

He became royal patron of The Passage initiative in Victoria in February 2019 and early last year visited the site to prepare lunches for those in need.

THE ASTONISHING GESTURE OF THE FUTURE KING

He also took over as patron of homeless charity Centrepoint.

Elsewhere, he revealed he spoke to Prince George and Princess Charlotte about the plight of homeless people they see on the streets on their way to school.

Speaking to Mary Berry for her Christmas special A Berry Royal Christmas in 2020, he said: “Already at school, keep in mind they’re six and four, whenever we see someone. one who sleeps on the street, I talk about it and report it and explain why and they are all very interested.

Hundreds of people have now responded to the former cop.

One said: “The best thing about it is the fact that it did it without noise, fanfare or publicity.”

Another added: ‘Invaluable to our future king.’

And a third said: “Incredible.

The Cambridges played a much bigger role during the Queen’s Platinum Jubilee celebrations last week.

The family appeared at all the major events, including the Palace Party and the Service of Thanksgiving at St Paul.

The Duke took advantage of the huge concert to talk about another of his passions: the environment.

Taking the stage to cheers, he said: “While nobody thanks them for talking about their age, my own grandmother has been alive for almost a century.

“At this time, mankind has benefited from unimaginable technological developments and scientific breakthroughs.

“And while these advances have increased our awareness of the impact humans have on our world, our planet has become more fragile.

“Today, in 2022 – as the Queen celebrates her Platinum Jubilee – the pressing need to protect and restore our planet has never been more urgent.”