Climate reporting is only ‘heating up’ as the news publishing industry invests more in data, journalists and partnerships

Victoria Holmes | for editor and editor

The day before, during an extremely hot summer in Washington, DC, then-NASA climatologist Dr. James Hansen testified before the Senate Subcommittee on Energy and Natural Resources. He presented the case that the climate was warming and that this was a result of human activity. This testimony is considered the first time that global warming has become an issue of public interest in the United States and, therefore, a slow but growing priority for media coverage.

For early climate journalists, covering such a serious subject was a burden. Few publications wanted to take on the task at hand; those who did narrowly covered a small amount of ground. Dr Edward Maibach, director of the Mason Climate Change Communication Center at George Mason University, said there was also a major misstep with some early reporting practices.

“Many journalists who have reported on climate change in the past felt the need to tell both sides of the story, when in fact there was really only one side to the science – the evidence. – of what’s going on,” Maibach said.

While necessary in some circumstances, this reporting tactic is not an ideal approach to covering climate change and can lead to confusion in the public sphere.

“Going out and looking for voices that are contrarian voices but not fundamentally focused on things that happen in the real world – they focus on interpretations that they want us to believe – it was a real mistake. It’s not “fair and balanced” when you present both sides, and there’s really only one side that’s fundamentally true, based on evidence. It’s called a false balance,” Maibach said.

Over the years, this approach has diminished, but there is still room for improvement.

“Focus not only on the impacts that are already happening in our community, but tell stories about what people are doing about it. That’s what the public is most interested in,” Maibach suggested.

Maibach draws this conclusion from her 40 years of research experience on public communication campaigns. He cites a simple formula that can translate into storytelling: “Clear messages repeated often by a variety of trustworthy and caring voices, including local weather forecasters or columnists.” 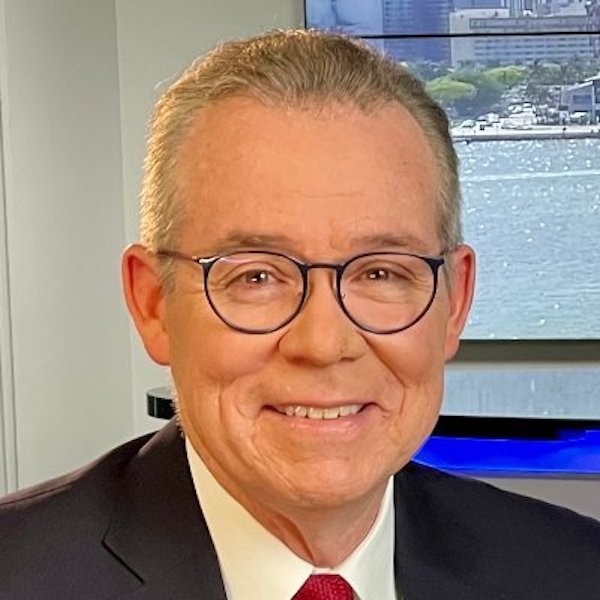 John Morales is the founder of ClimaData, a boutique forensic meteorology company. He was the first hurricane specialist at WTVJ NBC-6 in Miami and inspired to look into climate coverage 25 years ago after being part of a group of guest TV weather presenters at the White House.

Maibach believes it is local voices that can help educate communities. John Morales is an example of a local voice who has led the charge for climate reporting. He was the first hurricane specialist at WTVJ NBC-6 in Miami. He founded and runs ClimaData, a boutique forensic meteorology company. He dabbled in climate coverage 25 years ago after being part of a group of guest TV weather presenters at the White House.

“We met with scientists from NOAA and so on. We also met with political decision makers. … In the evening, we were in the East Room of the White House, and there was a reception with the president and the vice president. They both made speeches. The vice president’s speech was like watching “An Inconvenient Truth,” but in person. Personally, I left this event inspired because all they asked of us as broadcast meteorologists was to try to include climate context in our reporting,” Morales said.

“I am an atmospheric scientist by training. I had read the newspapers; there was nothing wrong with the science from my perspective,” he said. But he encountered some problems at first.

“The problem is that I was working on television in Spanish. … They don’t just provide local news, but they try to sprinkle in news from all the different countries. So when you have a preview that includes such a high number of stories, there’s not much time left for the weather,” Morales said.

Morales has found a solution. It separated its climate coverage from the weekday forecast. He did longer features for news in a separate format called “packages”, which is a story ranging from 90 seconds to 2.5 minutes. In 2003, he began reporting for a Telemundo station and doing crossover work for an NBC station.

“And at the same time, the extreme weather was starting to escalate a bit. … More opportunities were starting to arise for me to do a little more of these types of longer format reports. If I could sprinkle a little of climatic context in a weather segment of the Telemundo station, I would, ”he recalls.

“We were seeing more rainwater runoff-type flooding, not just in South Florida, but in other parts of the state,” Morales said. These events allowed him to also talk about the climate.

“Sea level rise was accelerating in our region. We have seen 6 inches of sea level rise in just 25 years, which is much faster than most of the rest of the world. So all I would do is talk about these different climate stories,” Morales said.

There was some backlash early on, especially from management. Morales was told to find “both sides” of his climate story, a practice he did not consider relevant to climate reporting.

“Science doesn’t work like that. The scientific method doesn’t give you both sides of the story,” Morales said.

“Yeah, on social media you get some of that. And the trend, by the way, that I’ve seen is less of a pullback these days compared to 10 or 15 years ago,” Morales said.

“If you met someone at the hardware store, or you know, the supermarket, and people started a conversation with you, they’d be like, ‘Oh, by the way, thank you for being the only one in Miami talking about the climate, because damn it, I mean, we’re ground zero, and nobody wants to talk about it, but you talk about it, ”he said.

When it comes to climate reporting, Morales has some tips to get started. If there is a climate angle in a story, include it. Communicate with simple language that non-scientists can digest. Use simple terms and try to connect with readers locally.

Morales said in his experience, strong climate reporting can lure journalists into newsrooms, citing colleague Steve MacLaughlin. McLaughlin was a meteorologist in Florida who came to work for the station because he was encouraged by the long-duration weather coverage. 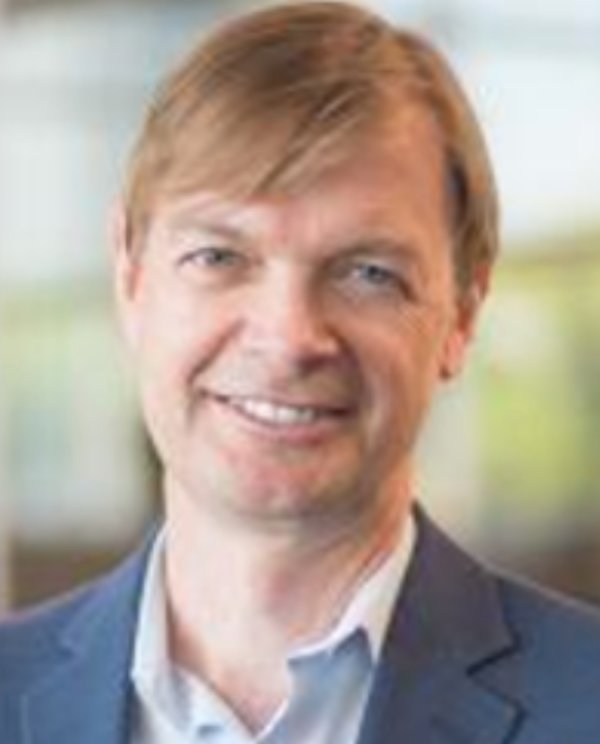 Frank Mungeam is Director of Innovation at the Local Media Association. He leads the Covering Climate Collaborative, a network of 25 local newsrooms and six science partners that report on the effects of climate change, climate justice and climate solutions.

While weather forecasters are a prime example of reporters reporting on the weather, small newsrooms can use general-assignment reporters to tell the story to the public. Frank Mungeam is Director of Innovation at the Local Media Association. He leads the Covering Climate Collaborative, a network of 25 local newsrooms and six science partners that report on the effects of climate change, climate justice and climate solutions.

“The climate is really present in everything we do. It’s a health story. It’s a transport story. It’s a story of economy and jobs,” Mungeam said.

“The effects of climate change have been felt disproportionately by underrepresented communities, and so the legacy of where the worst climate impacts have occurred overlaps with housing injustice and gender inequality. political access. People who haven’t had a seat at the table, who haven’t had a strong voice in shaping policy, citing where factories and waste go, unsurprisingly, turned out be unequally affected,” Mungeam said.

He suggested that climate reporters need to go beyond “issues and documentation reporting” and integrate solutions journalism into their practice.

“The data is clear enough that people know we have a problem. … The effect of reporting on solutions is to give communities and individuals agency and a clear idea of ​​not only what the problems are, but also what can be done about those problems,” Mungeam explained. . 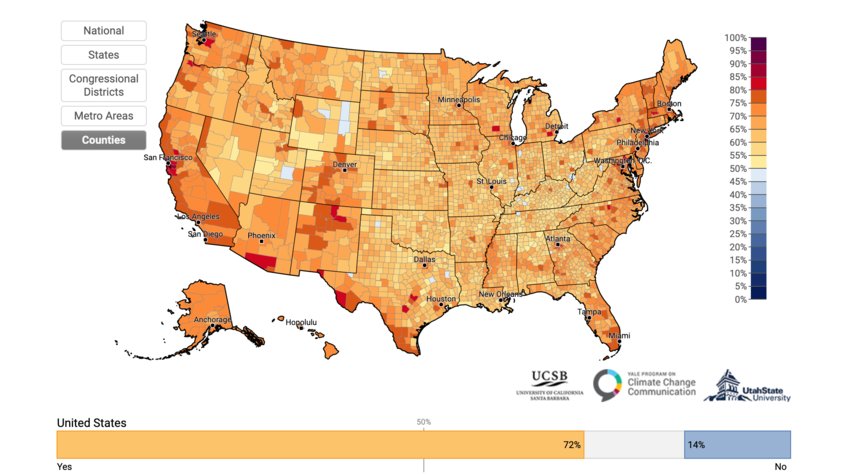 The collaboration worked with a number of journalists and news organizations to amplify climate coverage and connect newsrooms for joint storytelling opportunities. The organization also offers mentorships and hosts a wealth of storytelling ideas. While there are challenges for newsrooms large and small, Mungeam has a positive view of the nature of the industry and its ability to adapt.

“Those are all the things journalists do well – filtering out complex issues, synthesizing them and reporting them reliably,” Mungeam said.

Victoria Holmes is a freelance journalist and writer based in Dallas, Texas. Previously, Holmes worked as a television reporter and political podcast host at WNCT-TV in Greenville, North Carolina. Contact her on Twitter.

Why Back in Action sits well